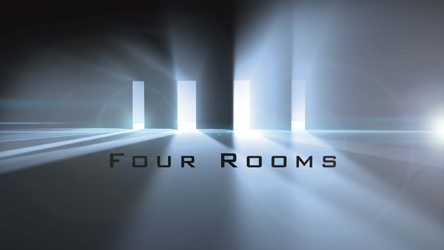 Channel 4’s ever-popular ‘Four Rooms’ is set return to TV screens in 2013. Now into its third series, the programme will feature even more unique objects, with 12 dealers across 30 hour-long episodes.

Fronted by Anita Rani, the show sees members of public attempt to walk away with large sums of money as they try to sell all manner of curious items to four of the country’s top dealers, each located in a separate room. The new series will again see sellers trying to anticipate the right moment to trade, as once they’ve turned down an offer there’s no going back…

The show’s producers are now looking for owners to come forward and sell their stunning pieces – the dealers are interested in everything from paintings, furniture and memorabilia to the scientific, weird and wonderful. They also want to see well-loved collections, rare objects, the grotesque, slightly saucy or unique vintage pieces.

Previous episodes of ‘Four Rooms’  have seen the brave owner of Francis Bacon’s paint brushes turn down an offer of £15,000, to reach £17,500 in another of the show’s four rooms. When sellers brought in an original piece of artwork created by the movie star Marlon Brando in 1986 they expected it to reach £1,000 but they went home with £5,000. Some owners even play hardball with the dealers, like the lady who rescued the tiles from the Beatles Abbey Road album cover before they were turned to rubble. She received £7,000 for her trouble. An item’s condition can be vital but it’s often the story that is most important. This was the case when the owner of the battered desk on which Bram Stoker wrote Dracula, went home with £2,000.

Series 3 of ‘Four Rooms’ is casting now and the team would love to hear from any collectors who have something original to sell and want to go head-to-head with the dealers.

[gn_note color=”#FAFAFA”]To get in touch or find out more email fourrooms@boundlessproductions.tv or call 01494733575 and leave a message.[/gn_note]