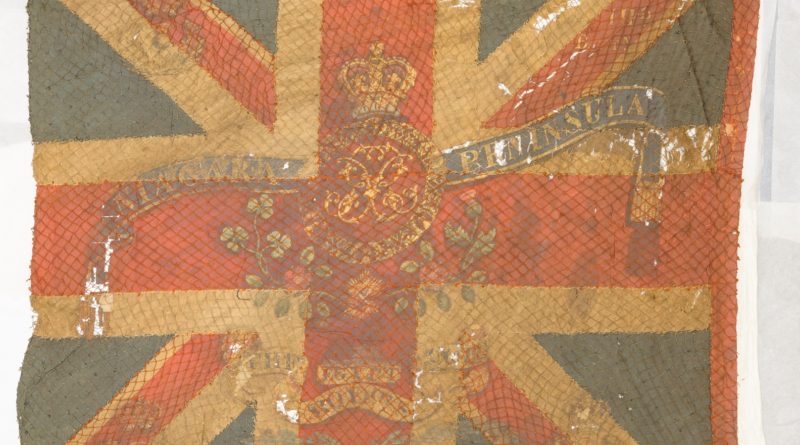 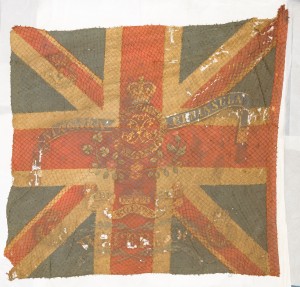 In the year marking the 200th anniversary of the Battle of Waterloo, two rare examples of regimental Colours will go on display at Edinburgh Castle for the very last time this month in a special exhibit to commemorate this famous battle.

Due to open in May, the display will be the last opportunity that members of the public will have to view the surviving pair of Colours or flags of the 3rd Battalion of The Royal Scots – the oldest regiment in the British Army –  which accompanied the Battalion into battle on the 18th June 1815.

Once carried by The Royal Scots into a number of battles, including Waterloo, these regimental honours depict their own and the King’s colours, with the royal cypher of King George III, representing honour and traditions as a symbol for rallying during the battle.

The large 6ft by 6ft painted silk flags have become so fragile with age, at more than two centuries old, that this display will mark the last time that they will be available for public viewing.

Historic Scotland’s Lorna Ewan said: “The Royal Scots regiment has a long association with Edinburgh Castle and it is remarkable that these Colours, which were once carried onto the battlefield at Waterloo, will be displayed for the last time, during this, the year which commemorates the 200th anniversary of the battle.”

Following their final display, they will be transferred to permanent archive storage within the Regimental Museum at Edinburgh Castle.