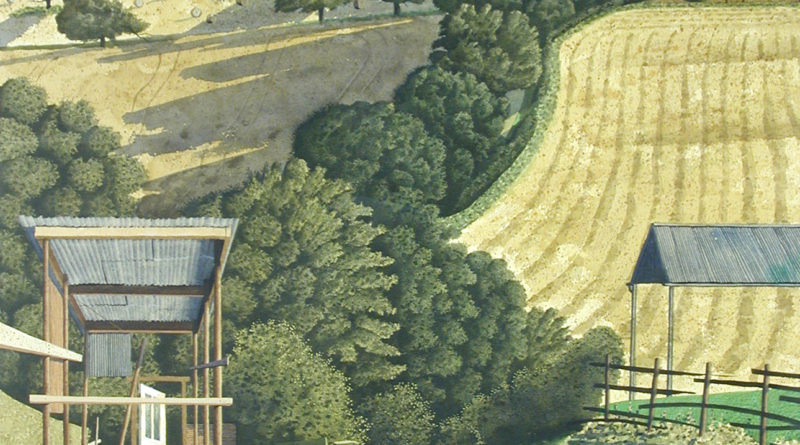 Paintings by the British artist Simon Parker (b. 1956) are among the lots going under the hammer at Cheffins’ Art and Design from 1860 auction on April 30. 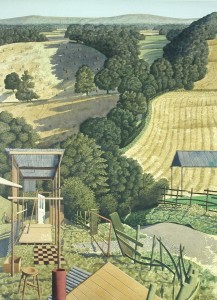 Striking Out Independently, 1998, watercolour and goache, is one of 30 lots from the collection of the late conductor Christopher Hogwood CBE.

The musicologist, who died last September aged 73, was the founder of the Academy of Ancient Music, one of the first and best-known period instrument orchestras.

Earlier this year Gardiner and Houlgate, in Bath, sold his outstanding collection of musical instruments; while the Cambridge auctioneers retained some of Mr Hogwood’s paintings, ceramics and furniture.

The artist Simon Palmer was born in South Yorkshire in 1956 and studied at Reigate Art School, graduating in 1977. Since then he has become one of Britain’s leading watercolour artists and his work is highly sought-after in both the UK and abroad.

Simon Palmer has exhibited with JHW Fine Art in London every two years since 1995 and his work has been shown in many group exhibitions, including the Royal Academy Summer Exhibition, Crane Kalman’s British Landscape Painting in the Twentieth Century, Glyndebourne Festival Opera Exhibition and the National Trust Centenary Exhibition. A retrospective exhibition was staged at the Mercer Art Gallery in Harrogate in 2004. In 2007, he won the Winsor and Newton Prize for the best watercolour at the Royal Academy Summer Exhibition.