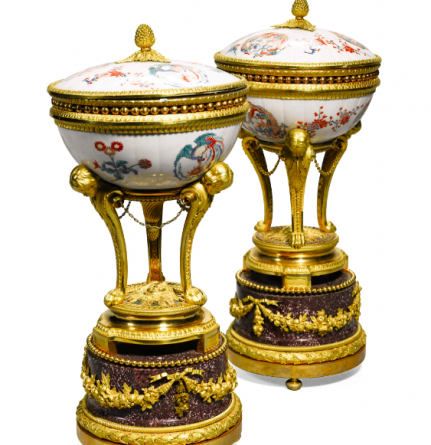 A pair of Japanese gilt-bronze-mounted kakiemon porcelain and Egyptian porphyry brûle parfums that once belonged to Louis XVI have been sold by Sotheby’s London for £1.6m. The price, a world record for a Louis XVI gilt bronze porcelain work of art, was ten times its estimate of between £150,000 and £250,000. 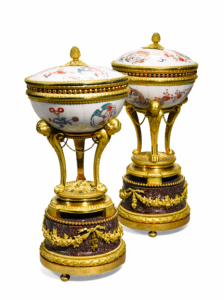 Thought to date back to the mid-18th Century, one of the bowls features a phoenix while the other is decorated with dragons. During the period, the vases went through various ownership, and were reunited around the 1760s when Louis-Marie-Augustin, 5th Duc d’Aumont, acquired them from Jean de Jullienne, director of the Gobelins tapestry factory. Neoclassical gilt-bronze mounts were added by celebrated bronzier Pierre Gouthière.

Following the Augustin’s death in 1792 the pieces were bought on behalf of Louis XVI by dealer Phillippe- François Julliot. However, in the following year the King was executed during the French Revolution and throughout the turbulence the vases were stored in a warehouse run by the new republic.