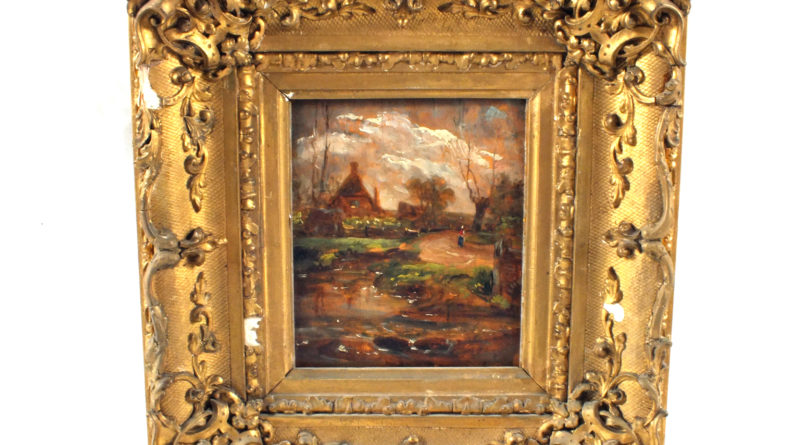 More than 50 works from the unsung Suffolk artist Thomas Churchyard go under the hammer on June 12th in Durrants’ ‘Thomas Churchyard Pictures and Fine Art Sale’, with some estimates starting as low as £100. We take a look at the artist’s lifetime and career. 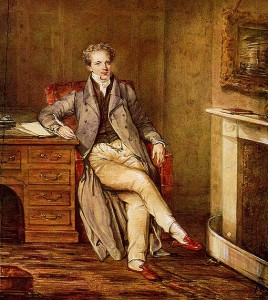 Born near Woodbridge in 1798, Thomas Churchyard (1798-1865) was one of John Constable’s closest followers. He collected and copied not just Constable’s work but that of Thomas Gainsborough (1727-1788), John Crome of Norwich (1768-1821) and George Frost (1745-1821).  But while Churchyard’s watercolours and oil paintings – all on a small scale – reflect his admiration for the East Bergholt artist, his work demonstrates a much wider range. He became part of a group of artists of the ‘Suffolk School’ including the brothers Edward and Thomas Smythe, Robert Burrows, Fred Brett Russell, John Moore, Henry Bright and John Duval.

Churchyard was a bright child and as such was sent to Dedham Grammar School, where Constable had been a pupil some 20 years earlier. 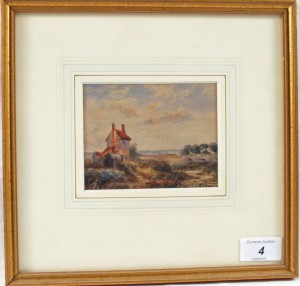 Although painting and illustration was always his first love, he trained as a solicitor, spending much of his spare time studying artists from the Norwich School, as well as illustrating a book of botanical subjects.

Having finished his articles he moved to London where he visited exhibitions at the Academy, seeing and being influenced by works by Constable. 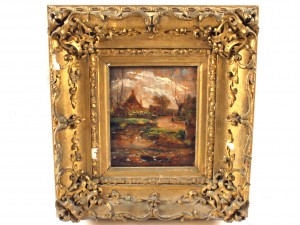 He married in 1825 and he and his expanding family set up home in Woodbridge. He continued to paint and in 1830 began to exhibit in London. Churchyard was one of the founder members of the Ipswich Society of Professional and Amateur Artists; other members included Edward FitzGerald, later to become a great friend. He tried his hand at painting full time, but natural landscapes were not as popular with the public as they are now and, in 1833, Churchyard regretfully returned to the law and opened an office in Woodbridge. 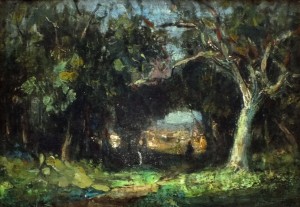 Free from the restraint of academy conventions, on his frequent sketching trips around Suffolk, he produced a huge amount of on-the-spot sketch studies, painting and drawing whenever the opportunity arose.

Many of his paintings include watery greens, black in the blues, purple in the distance with touches of pink in the sky and blue touches in the foliage. He had a tendency to scatter lights rather arbitrarily. Often the ground was not well prepared and the grain shows through. He rarely signed his work or dated it, although he sometimes initialled it on the stretcher.

Churchyard formed a deep friendship with Bernard Barton, a Quaker poet and banker and through him renewed his friendship with Edward FitzGerald. Meeting regularly the three, known locally as the ‘Woodbridge Whits’, inspired each other’s artistic endeavours as well as enjoying fine wine and food together.

In Southwold, both the beach and Gun Hill can be easily recognised and the buildings he depicted on Southwold’s South Green, still stand. He was also a great collector – an inventory of Churchyard’s possessions, made in 1854, lists works by Gainsborough and Constable, Crome, George Morland, Richard Wilson, Turner, Stothard, Dunthorne, Rowe, Rubens and Etty. By the time of his death he had a collection of more than 4,000 paintings. Churchyard’s own paintings are now highly collectable. 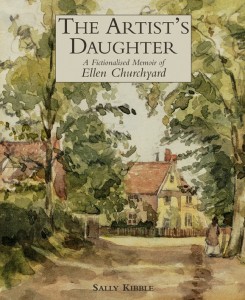 Sally Kibble who died in 2009, aged 54, was fascinated by Churchyard and in 1998 started to amass what became the largest private collection of Churchyard paintings and drawings.

She also wrote The Artist’s Daughter, published by the Antique Collector’s Club (ACC) in 2008, a fictionalised memoir of Ellen Churchyard, eldest daughter of Thomas, illustrated with 200 Churchyard pictures.

(Registered users of the ACC website get 20% off the purchase price.)