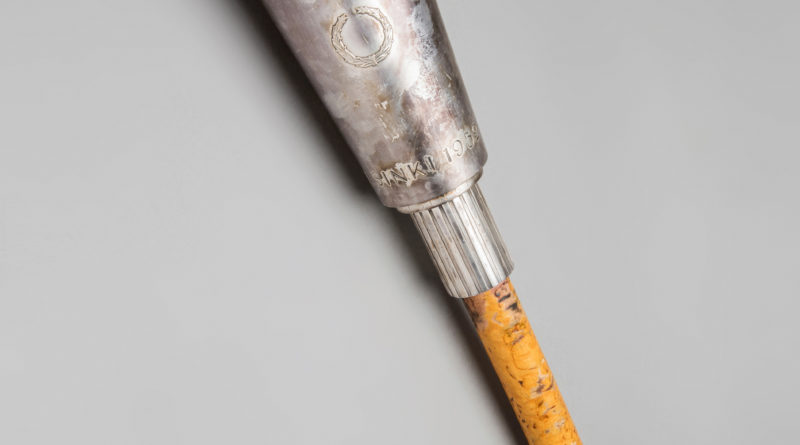 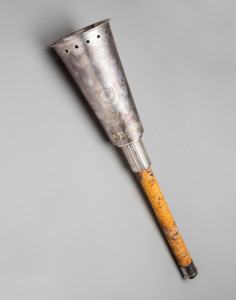 Estimated at £300,000-400,000, it was bought by the Saracens rugby club chairman and sporting memorabilia collector Nigel Wray.

Auctioneer Graham Budd said, “This was the only torch he was missing for the summer (first torch Berlin 1936) and winter (first torch Oslo 1952) games. So he is now 100% complete.”

The vendor was a private collector from Europe.

“In terms of Olympic prices in general I believe it has taken the ‘bronze’ medal position, so to speak,” adds Budd.

The auction record appears to be the gold medal awarded to Jesse Owens in the 1936 Olympics in Berlin which sold for a premium-inclusive $1.47m at SCP Auctions of California in August 2013. The ‘silver’ award goes to a silver cup given to Spyros Louis, marathon winner at the first modern Olympic Games held in Athens in 1896, which made £450,000 at Christie’s South Kensington in April 2012.

Budd said the 23½in (59cm) long Helsinki 1952 torch is “exceptionally rare”. At the 1952 Games only a total of 22 torches were manufactured, 15 with hallmarked silver bowls and silver in plate with a plainer, simpler design.

“Compare this to the 8000 torches produced for the most recent summer Games in London in 2012 and the all-time record number of 15,000 torch bearers employed for the Sochi 2014 Winter Games,” says Budd.

In the 2012 book Tuli Olympiasta (Came To Olympia), Terttu Mammela writes: “Of the original 15 Helsinki silver torches five had been lost during the relay – four in Greece and one in Kokkola, Finland.”

While others went to official recipients, those lost silver torches “have dispersed into private collections over the decades. Because of their extremely limited number the Helsinki Olympic torches have become most valuable collector items”.

The silver torch sold in Paris in 2011 did not have its original burner.

One thought on “Olympic torch lights up sporting auction”