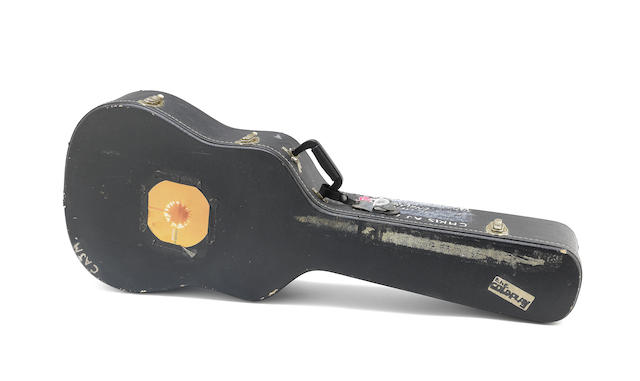 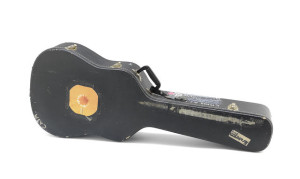 Martin purchased the Vicente Tatay Tomas acoustic from Bill Greenhalgh’s music shop in his hometown of Exeter, taking the guitar with him when he later moved to London to study at UCL (University College London) in September 1996. This was where Chris met Jonny Buckland at their university ‘freshers’ week, following which the pair planned to form a band over the coming year, resulting in the formation of Coldplay. Martin used this guitar during the composition of many of Coldplay’s earliest songs, and during the recording of their pioneering debut album Parachutes.

Natalie Downing, Bonhams Entertainment Memorabilia Specialist (left), said: “The top lot of the sale, the ex-Chris Martin acoustic guitar, comes from a pivotal point in Coldplay’s history. The band were newly formed, and starting to create those now world-famous riffs for tracks like Yellow, Trouble, Shiver and Don’t Panic, on what was to become their first UK number one hit album, Parachutes.

“Bonhams entertainment memorabilia department are privileged to offer some of the most highly sought after items in the world of collectable memorabilia. We next look forward to the Robbie Williams Collection Charity sale, titled Doing it for the Kids, taking place 15 July at Bonhams Knightsbridge.”

Further guitars with excellent musical provenance include a Lowden Acoustic, sold for £13,750, and a Fender Stratocaster, sold for £6,875, both used for the recording of Eric Clapton’s 1998 song, My Father’s Eyes.

Lots related to the James Bond movie franchise sold well, including an SD Studios replica of the gun from The Man with the Golden Gun, signed by Sir Roger Moore, sold for £3,125. Also included, an Asprey vanity case, sold for over five times top estimate, achieving £8,750. Purchased for the 1969 film, On Her Majesty’s Secret Service, the vanity case can be seen being given as a Christmas present to each of Blofeld’s ten female spies.