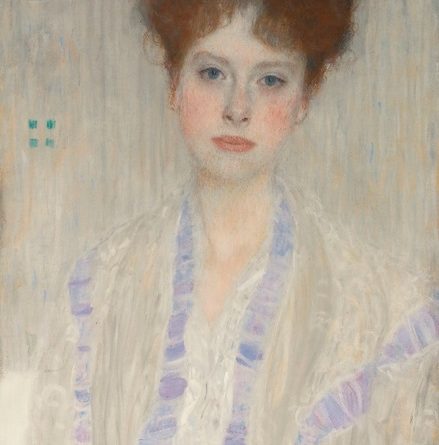 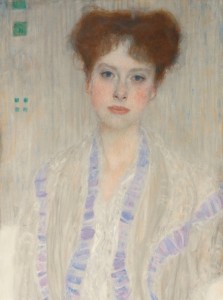 Consigned to Sotheby’s after a settlement was reached between the Klimt Foundation and the heirs of the subject of the painting, it was eventually bought by an unidentified buyer.

With an estimate of £12 million to £18 million, the 4ft 11in x 17¾in (1.5m x 45cm) oil on canvas signed by Klimt had been taken by the Nazis after they took possession of the Felsovanyi family home in Vienna during 1939.

Fans of Klimt will be able to see the painting when it is included in a major exhibition to be held at New York’s Neue Galerie in autumn next year. 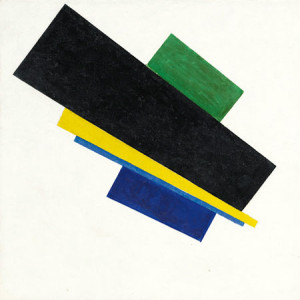 The successful year for Sotheby’s was further bolstered by the £21.4 million  realised by Kazimir Malevich’s Suprematism, 18th Construction (right) recently restituted to the artist’s family. Completed in 1915, the year that Malevich began his Suprematist paintings, the painting represents a pivotal moment in the artist’s career as well as in the history of art. 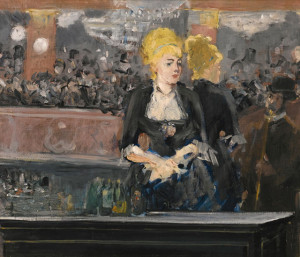 Equally significant is Eduard Manet’s Le Bar aux Folies-Bergère (left), a precursor to the famed 1882 work of the same title that now hangs in the Courtauld Gallery in London and is considered the painter’s crowning achievement. The rare-to-market work sold for £17 million (US$26 million). 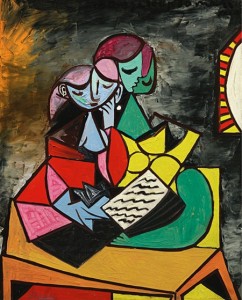 A striking work by Pablo Picasso, Deux Personnages (La Lecture) (right), brought £16.4 million (US$25.2 million). The depiction of two women reading belongs to the extraordinary group of works inspired by his adored mistress Marie-Thérèse Walter. Distinguished by their rich colouration, harmonic curves and sweeping arabesques, the Marie-Thérèse pictures are among the most admired and recognizable of Picasso’s paintings.