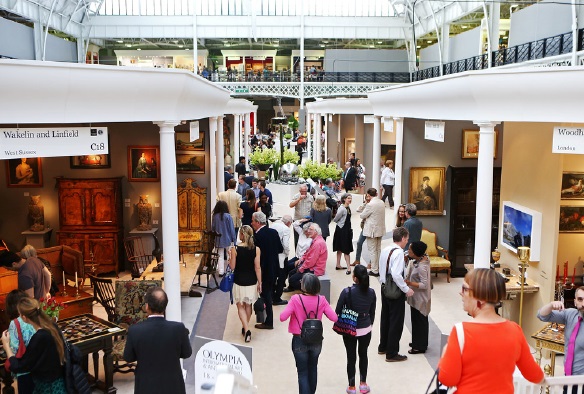 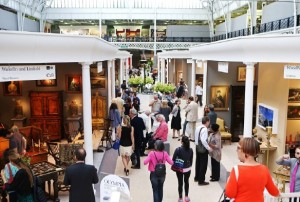 The 43rd edition of Olympia International Art & Antiques Fair closed its doors on Sunday, having attracted a record 29,473 visitors (an 11% increase on last year) from as far afield as Hong Kong, Singapore, Russia, South America, Taiwan, Tel Aviv, the United States and Australia.

Fair Director, Mary Claire Boyd, commented: “The Olympia International Art & Antiques Fair has yet again proven its reputation as one of the world’s premier fairs. Not only have we seen visitor numbers rise considerably but we have
also seen strong sales across all of the diverse disciplines. The crucial date change for this edition has proven to be a resounding success.” 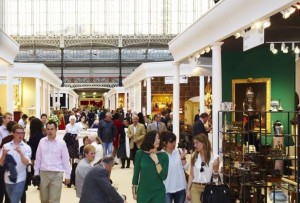 Over 5,000 people attended the Preview Day and champagne reception, with several dealers commenting that it was“the best in ten years”. The evening saw significant sales across the board, including Haynes Fine Art of Broadway sale of Snowdonia Hills by Sir John Kyffin Williams for a figure in excess of £85,000.

Trading over the following days of the fair continued in a similarly positive vein with notable sales including:
– Stephen Kalms sale of a set of silver gilt wine coasters with the Earl of Shrewsbury’s crest, dating from 1817 for £80,000
– Tanya Baxter Contemporary important sale of Zeny Chuanxing’s Red Paper Bride for £85,000
– Millington Adams sale of a fantastic bureau bookcase to the American trade for a price in the region of £77,000
– Howard Walwyn sale of a George III quarter chiming green lacquer longcase clock to a new customer for a “high five-figure sum”
– ArtAncient Ltd sale of a Greek marble dating to the late Classical period with a ticket price of £65,000

ArtAncient, exhibiting for the second year, attracted considerable attention. Owner Dr. Costas Paraskevaides commented, “As well as seasoned collectors, many pieces went to new buyers who had never previously purchased ancient art, their interest sparked by the opportunity to own something beautiful, created thousands of years ago.”

The fair was also delighted to welcome the Dr. Jeanne and Rex Sinquefield Loan Exhibition ‘There’s No Place Like Home’; a curated show of works by famed American Regionalist artists from the Sinquefield private collection. Susan Barrett, Sinquefield Art Curator, commented, “It’s the first time these works have been seen outside of the US, and we were delighted with the overwhelmingly positive response that the collection received from visitors to Olympia. It was wonderful to see how the exhibition challenged public preconceptions of ‘American art’, and indeed, to see visitors with such a keen interest in American Regionalism.”

The return of HALI after a 10-year interval also proved highly popular with both first time and returning visitors, with Sotheby’s specialist, Harry Grenfell commenting, “This long-awaited return was a great scene to behold.”