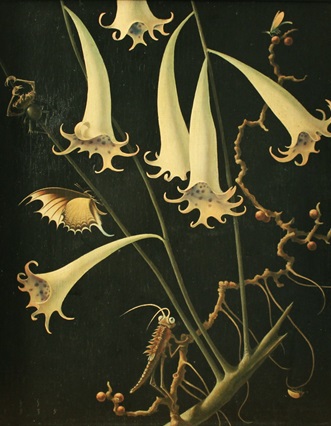 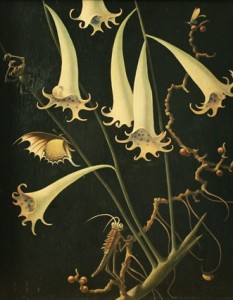 The work entitled Blüten und Insekten Nr. 3 by the Austrian artist, prominent in the Vienna Secession group, was spotted during a routine visit by Toovey’s Director Rupert Toovey in stack of dust-covered pictures on the floor of a house in Petworth.

The 19 x 15in (49 x 38cm) oil on wood panel was understood to have been in the vendor’s family for several generations and they were unaware that it might be valuable. The condition was good, apart from some minor cracking and dirt on the surface.

Signed with initials and dated 1935, the painting was accompanied by a label on the verso indicating that it was shown at the Vienna Secession’s autumn exhibition of the same year.

The title translates as Trumpet Blooms and Insects and is part of a series of works in which Sedlacek explored the theme of fantastical flowers and insects. Estimated at £50,000-80,000 prior to the auction, bidding took place between three bidders over the phone. The eventual winner was a private collector in Germany.