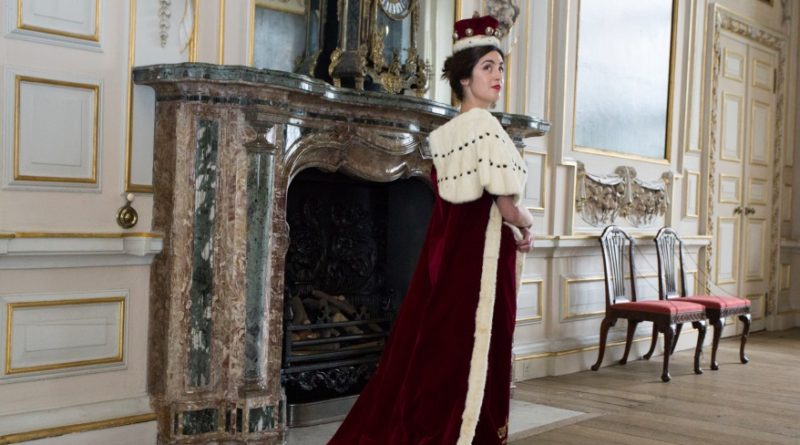 Hansons Auctioneers is holding a specialist Costume and Textile sale on Monday 27th July, showcasing an array of period and stylish costume from a single owner Burton collection.

Leading the collection is a Coronation robe and coronet once worn by Lady Inverclyde, complete with original box and ermine Capes. The impressive robe marks the historic event of King Georges VI Coronation, which took place at Westminster Abbey, London, on the 12th May 1937.

The rich red velvet robe and coronet, complete with its own presentation box inscribed ‘Lady Inverclyde Castle Wemyss Bay’, were made personally for Lady Inverclyde to celebrate the Royal Coronation in style. 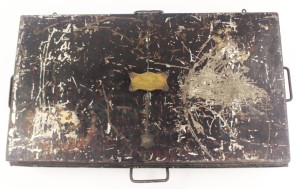 Charles Hanson who made the unexpected discovery comments, “Out of an old dull tin box came an explosion of colour and an episode of history, if only this wonderful item could talk, what would it say?”

Lady Inverclyde, born Charlotte Mary Emily Nugent-Dunbar, was styled as Baroness Inverclyde as a result of her marriage on 8 October 1905 to James Burns, who was born in Glasgow in 1864 and went on to be educated at Repton School in Derbyshire. 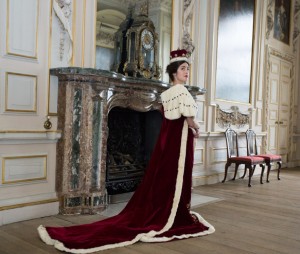 With heavy gold embroidery and metre upon metre of plush red velvet, the gown and coronet embodies an air of wealth and importance, reflecting the ‘celebrity’ lifestyle Lady Inverclyde once lived. The item has an estimate of around £200-£400. 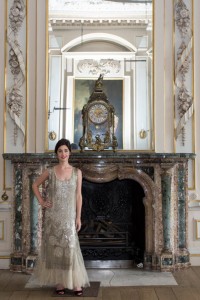 Also in the sale is an exquisite 1920’s wedding dress in silver sequins and beads – with chiffon gadots around the hem and a matching wig-cap. Inspired by iconic looks from the silver screen of the time, and the eclectic Art Deco and Art Nouveau design movements, this timeless silhouette is a particular favourite of Hansons’ textile and costume valuer Notty Hornblower, who comments, “The 1920’s wedding dress is truly magnificent and it has been cared for and cherished by its current owner for many years – after having it passed down to her personally by the Buxton bride.”

The heavily embellished creation be auctioned on Monday 27th July.

From the roaring twenties to the Victorian era, we turn back the fashion clock to one of the earliest pieces in the collection, an 1869/70 Victorian dress in purple shot silk – with a hooped collar and cap sleeve detail.