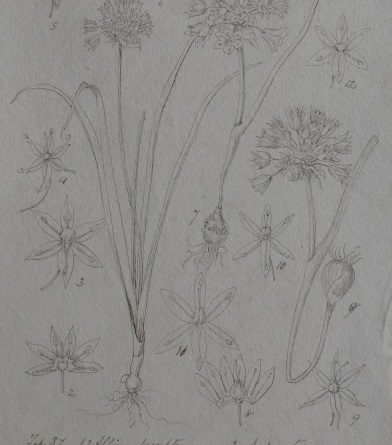 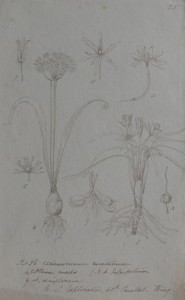 An important group of rare drawings relating to Clarence King, American geologist and pioneer of the Sierra Nevada, are being offered for sale by Crispian Riley-Smith Fine Art Ltd at the LAPADA Art & Antiques Fair from 22nd to 27th September at Berkeley Square.

Five of the seven drawings in this collection by American botanist Sereno Watson are connected to the Fortieth Parallel geological exploration of the Sierra Nevada led by Clarence King between 1867 and 1869. They are believed to be Watson’s fieldwork illustrations of the plants discovered and recorded on the expedition through California, Nevada, Utah and Colorado.

The collection is a unique surviving record from this important scientific project and period of American history. Hailed as the first of the ‘Great Surveys’ of the Fortieth Parallel, King led his team across the West from the crest of the Sierra Nevada to the western slope of the Rockies. During this, Watson who became the expedition Botanist collected over 19,000 plant specimens in Nevada and Utah. Many of these now form part of the Smithsonian’s botanical collection at the National Museum of Natural History. 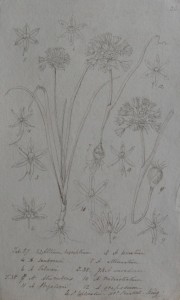 The completed survey of King’s geological exploration was published in the ‘Report of the Geological Exploration of the Fortieth parallel, made by Order of the Secretary of War According to Acts of Congress of March 2, 1867, and March 3, 1869, under the Direction of Brig. and Bvt. Major General A. A. Humphreys, Chief of Engineers, by Clarence King’. Volume 5 of the report, entitled ‘Botany’, is by Watson. The printed illustrations of the plants are not identical to those in the Crispian Riley-Smith Fine Art collection, which indicates these are likely to be Watson’s original fieldwork drawings.

Watson undertook an arduous journey to join the survey – the Yale graduate had travelled to California from the East coast via the Panama Canal in search of new experiences, enterprises and adventures. Three months after his arrival, he heard about the expedition while staying in Woodville, California.

Although the team had already set off over the mountains, Watson resolved to join them, travelling alone. Once he reached the terminus of the railroad he began his journey on foot over the mountains and desert of Sierra Nevada. Upon reaching the camp exhausted, dust-covered and with foot sores the team, although surprised, offered him a place as a volunteer. Watson was eventually appointed as the botanist after William Whitman Bailey left due to illness.