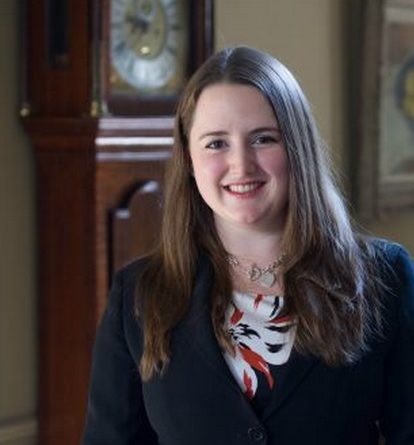 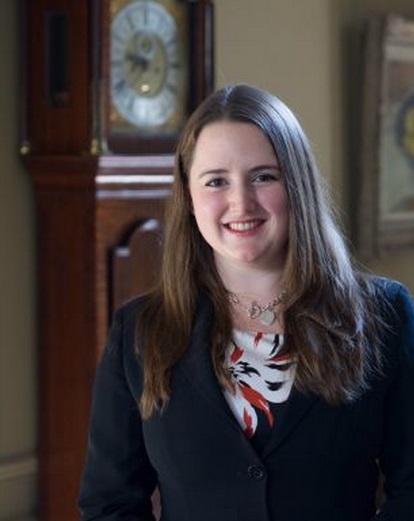 Rachel Trembath of Henry Adams Fine Art is to become Chichester’s first female auctioneer after achieving the highest level of qualification from the National Federation of Property Professionals in the specialist sector overseen by the National Association of Valuers and Auctioneers. She recently won an award from the NFoPP for achieving the highest overall mark in the qualification last year.

Having already gained a degree in conservation and restoration and a post-graduate diploma in the conservation of historic objects, Rachel said, “Both my degree and master’s degrees are relevant to the huge variety of objects we handle here at Henry Adams. I chose to undertake this NAVA qualification as it covers all the other elements relating to auctions including the legal aspects, health and safety, and the management of an auction house.  It’s been an interesting course which I’ve really enjoyed.”

Rachel joined Henry Adams Auctions three years ago working alongside experienced auctioneer Cliff Beacher.  His retirement this year ended nearly 50 years in the business but his readiness to teach the next generation led to Rachel’s promotion to Cataloguer and now she will be taking to the rostrum for the first time on Thursday 6th August.

“I usually handle the online bidding process during our auctions, which is an increasingly busy sector, but I’ve always wanted to get up and lead the auction. It’s very intense but a great opportunity which I’m really looking forward to. Andrew Swain, our auctioneer and valuer, has been very encouraging and has helped me to prepare for what is hopefully the first of many sales where I shall be auctioneering”

Philip Jordan, chief executive of Henry Adams, added: “Rachel is extremely competent and I’d like to congratulate her on her latest qualification which represents not only a commitment to developing her career but also to achieving the high standards of knowledge and expertise that our customers have come to expect from Henry Adams over the past 25 years.”

One thought on “First female auctioneer for Chichester”