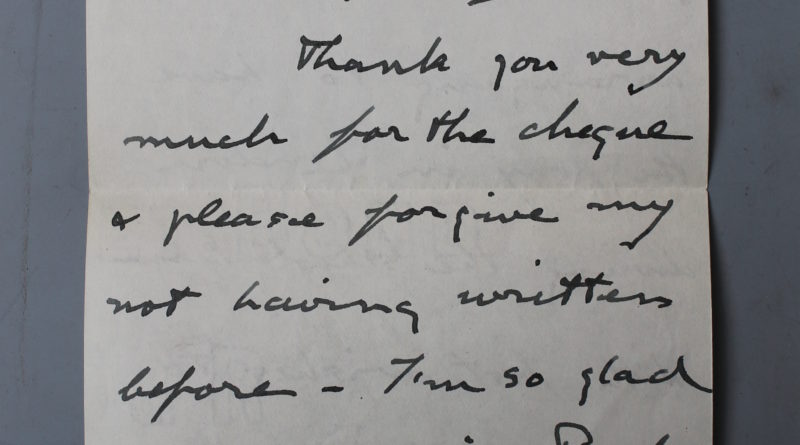 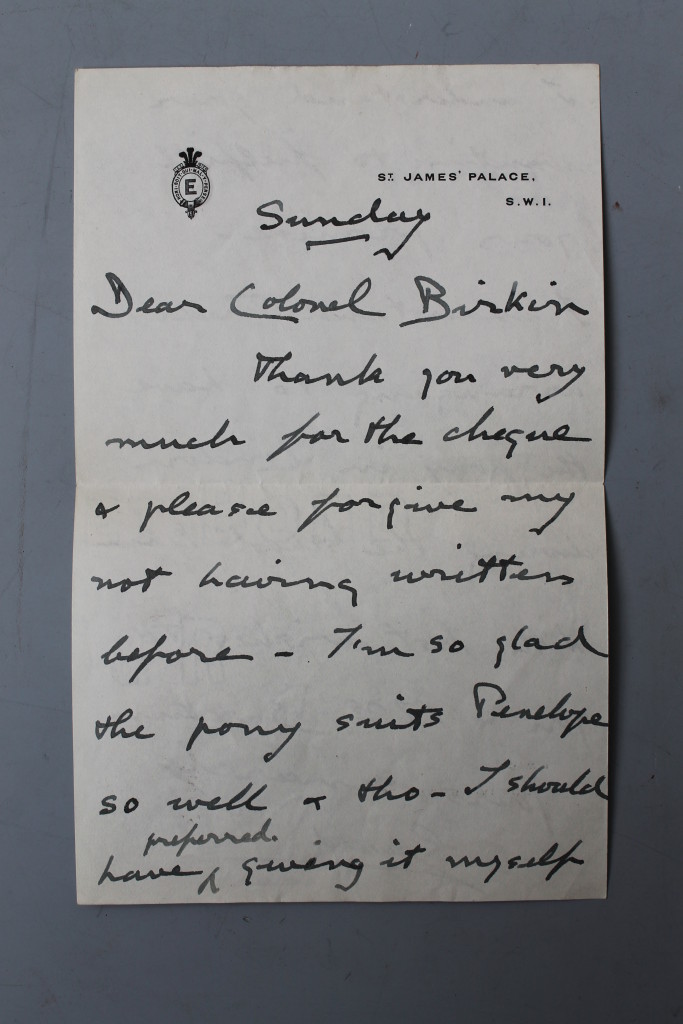 A letter from HRH King Edward VIII sent to the father of his former mistress, ‘Freda’ Dudley Ward, is due to go under the hammer in Cuttlestones’ Specialist Collectors’ sale at Wolverhampton Auction Rooms on Friday, 14th August.

Despite reigning for less than twelve months, Edward’s playboy lifestyle, which included a number of romantic liaisons with married women prior to his Coronation, made him one of the most famous Royals of the last century. In 1936 his ongoing relationship with American divorcee, Wallis Simpson, caused outrage among the political elite and religious authorities; ultimately resulting in Edward abdicating the throne to his younger brother Albert – later King George VI. 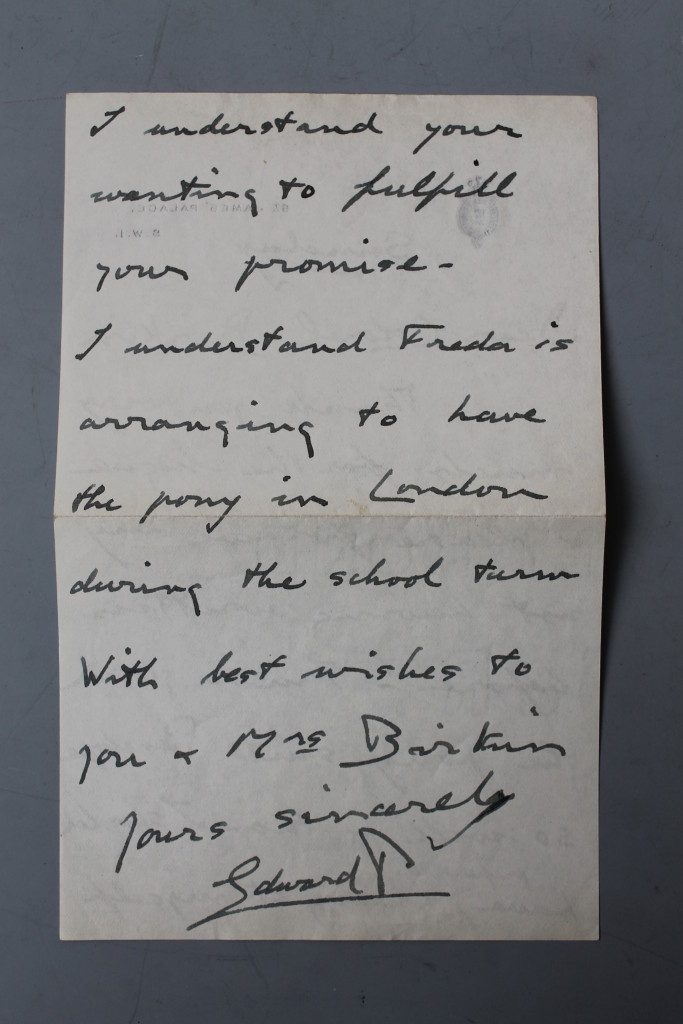 During his formative years as The Prince of Wales, Edward was besotted with another married woman – Freda (born Winifred May Birkin) – after the two met by chance at a London party in 1918. At the time, Freda was married to the Liberal MP William Dudley Ward, who purportedly turned a blind eye to his wife’s infidelity. Nevertheless, the affair became infamous among the upper echelons of society – Winston Churchill once noted during a train journey with the two lovers: “…it is quite pathetic to see the prince with Freda. His love is so obvious and undisguisable”. Despite this infatuation the affair fizzled out in 1923, but Freda remained Edward’s close confidant until 1934 and the beginning of his relationship with Wallis Simpson.

The letter up for sale concerns a gift from Edward, in the form of a pony for Freda’s daughter Penelope, to which Colonel Charles Wilfred Birkin (Freda’s father) has sent the Prince a cheque in recompense. In his response letter – handwritten on St. James’s Palace headed notepaper and carrying the Prince of Wales ‘E’ crest – Edward thanks the Colonel for the cheque, before going on to express his regret at not, “giving [the pony] myself in person”, but recognising, “I understand your wanting to fulfil your promise”. He finishes by noting, “I understand Freda is arranging to have the pony in London during the school term.”

Together with the letter, there are a number of other related ephemera items, including two Christmas cards sent to Freda signed ‘Edward’, and another letter from a different party. The vendor was given the items by their Great Aunt, Gertrude Aspden, who was secretary to Mrs Birkin. 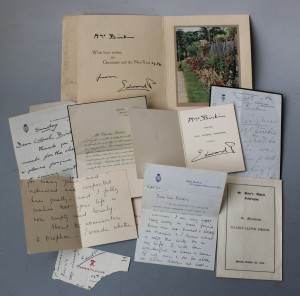 Saleroom Manager at Wolverhampton Auction Rooms, Richard Forester, says, “This is a great memento of one of the biggest scandals of the 20th Century, concerning one of the most infamous Royals of the period. Apparently, the story behind the letter, passed down through the vendor’s family from Aunt Gertrude, was that Colonel Birkin thought it inappropriate for his granddaughter to receive such an extravagant gift from her mother’s illicit lover, and believed the best course of action was simply to give the future King his money back.”

He continued, “We have previously sold a number of letters from Monarchs such as Queen Victoria and others, but nothing with quite as interesting – or scandalous – a back story as this. I anticipate collectors of Royal ephemera, as well as those keen on autographs and signed letters, to come out in force on the day of sale.”

The letter – along with related ephemera – is set to sell at Wolverhampton Auction Rooms on Friday, 14th August.