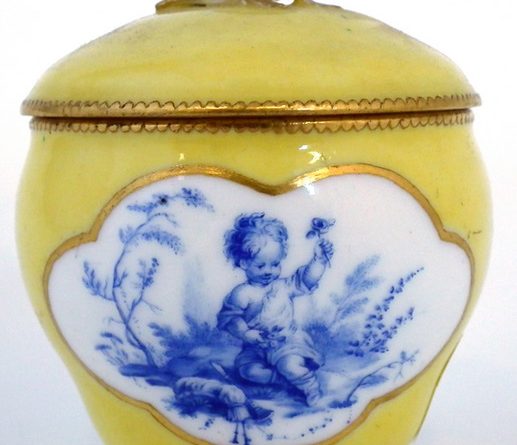 A Sèvres sucrier or lidded bowl from the Vincennes soft-paste porcelain workshops defied its estimate of just £150-250 at Peter Wilson Fine Art Auctioneers in Nantwich to sell for an impressive £45,000 (plus 20% buyer’s premium). 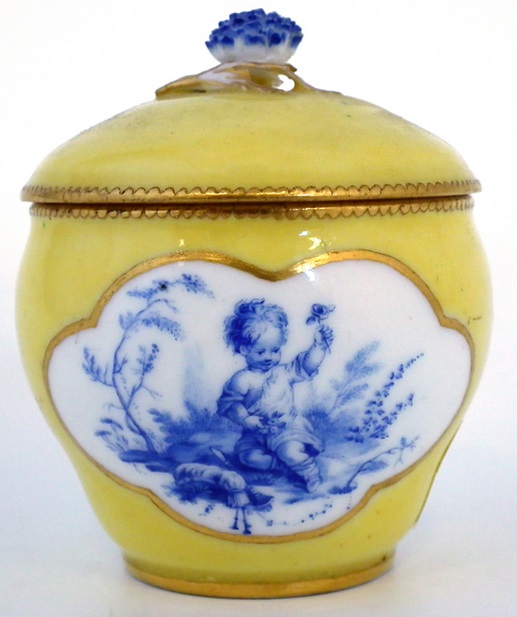 The item is perfectly preserved and decorated with two vignettes of cherubs, after an engraving by François Boucher in camaïeu bleu. It was catalogued in the auction as Sèvres, the Paris suburb where the factory operated under royal patronage, and was dated to the early 19th century.

The base features a ‘double Louis’ factory mark of 1753 and a mark for the artist, A-V Vielliard.

The yellow-ground ware sucrier sold to a buyer in the UK who is thought to be a private collector.