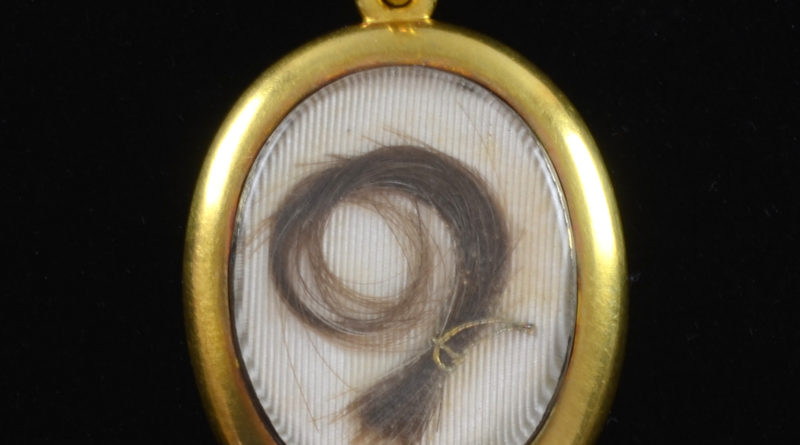 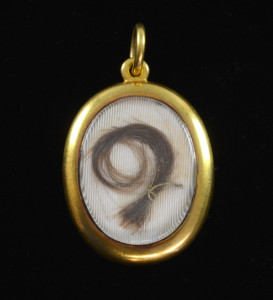 Military buffs and collectors and dealers in militaria laid siege to a specialist sale at Ewbank’s, Surrey’s premier auctioneer of fine art and antiques, sending prices skyward and raising a total almost 50 per cent more than expected.

The great draw of the sale, and the object that was coveted most, was a gold locket containing a lock of Napoleon’s hair, found in a terraced house in the Camberley area that was awaiting demolition.

The story attracted national newspaper coverage and worldwide interest, which resulted in frenzied bidding in the room, on the Internet and on several telephones.

After a lengthy and furious battle, the locket sold to a South Coast buyer for £7,500. Ewbank’s had estimated its intrinsic value to be £800-1,200.

It is not known how the locket came to be in a house in the Camberley area, or how the lock of hair was acquired

The first clue to its significance was an inscription on the back, which read: “Hair of Napoleon 1st St Helena 1816”. Inside its original fitted red leather case was a handwritten note on paper cut to fit the oval case, which read: “Obtained by Admiral George Brine when in command of HMS Mosquito guarding Napoleon at St Helena; given by him to my mother; at her death in 1867 given by us to my brother Captain George Brine RN after whose death in 1889 it passed to his widow and at her death in 1890 it came to me”.

The naval provenance was strengthened further by the name “Page Keen and Keen, Plymouth” embossed on the underside of the lid of the locket’s case. The firm of gold and silversmiths, watch and clock makers and diamond and gem setters, was established in 1811 with premises at 17 George Street, Plymouth, their advertising boasting “By Royal Appointment”.

Napoleon was exiled to St Helena following his defeat at the Battle of Waterloo in June 1815, the 200th anniversary of which was marked with a recent service at St Paul’s Cathedral.

A British dependency in the Atlantic off the west coast of Africa, St Helena was described as ‘a barren rock in the midst of a vast ocean’, where the fallen emperor was held, according to a diary kept by one of his aides, in “a wretched hovel, a few feet square, which is perched upon a rock, unprovided with furniture, and without either shutters or curtains to the windows”.

Admiral Brine would have come into contact with the exiled Napoleon during the three years he spent guarding the island during the time HMS Musquito was stationed there.

Brine entered the Navy as a midshipman in 1797 on board the Glory, commanded by his father, Admiral Charles Brine. He served subsequently with, among others Sir Charles Saumarez, hero of the Baltic during the Napoleonic War on the Victory, later Lord Nelson’s flagship at the Battle of Trafalgar in 1805.

Brine’s appointment on August 12 1815 to the Musquito was his last before his retirement. Napoleon was moved to St Helena in December that year. He died in 1821, according to the English, from stomach cancer, or according to the French, by being slowly and secretly poisoned with arsenic by his English jailers.