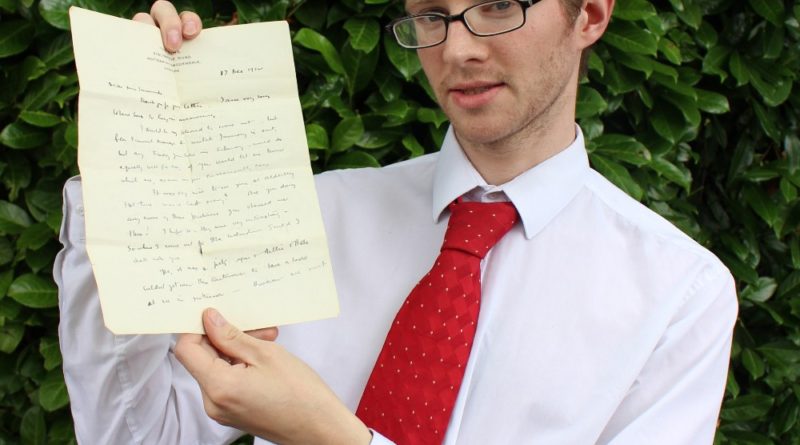 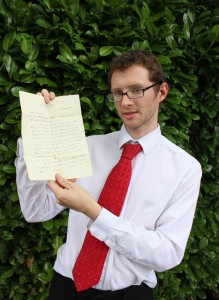 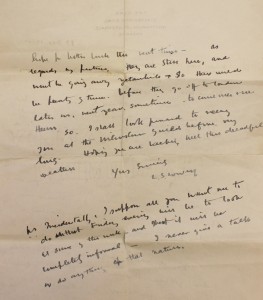 A rare hand-written letter signed by the world famous artist L.S Lowry could create international interest when it goes under the hammer at Hansons Auctioneers on Friday 25th September. Hansons valuer Edward Rycroft said, “This letter is a fascinating article in itself and perhaps rarer than one of his paintings.”

Laurence Stephen Lowry, born in 1888, grew up in Manchester and expressed an interest in art from an early age.  Though not academic and not wishing to pursue academic work, Lowry joined Art School in 1905. He soon acquired a passion for art and drawing, developing his own abstract style which was unique and his art was an interpretation of his perceptions of the world around him. He went on to study at the Manchester Academy of Fine Art and the Salford Royal Technical College, continuing his studies until he was into his 30s, by which time he had mastered his own style of painting.

The letter is a response to a request by a Miss Simmonds who ran an art class at the Wilmslow Guild during the 1950s inviting Lowry to attend one of the classes to benefit her students. The signed letter which was given to one of the students is expected to spark interest amongst art historians and collectors alike.

Today, Lowry is known for his impressionist paintings which remain some of the most sought after artwork of the 20th century and continues to command a high premium.

Hansons said they expect the letter to realise over £2,000 when it goes to auction on Friday 25th September.