Prattware was highly sought after at the sale of the William Blakey Collection – one of the most important and comprehensive private collections of early British pottery to come on to the market in recent years.

Bidding at auctioneers Peter Wilson reached £1,200 on two Prattware teapots c. 1800 (more than 10 times their low estimate). Each had a moulded body, one with a swan finial, the other with a cherub finial, all painted in Pratt colours.

Two further similar teapots sold for £1,100, while another, with dolphin finial and moulded body painted with a verse and a bird in branches, sold for £900, all multiples of their presale estimates.

The collection comprised around 350 pieces dating from the mid 18th to the early 19th centuries and covered such areas of interest as Prattware, Creamware, Pearlware, Black Basalt and Redware from the country’s most important manufactories, as well as a group of wares from early North East potteries inspired by the late Mr Blakey’s childhood years. It was sold in 108 lots, which raised a total of £28,000, more than double expectation. 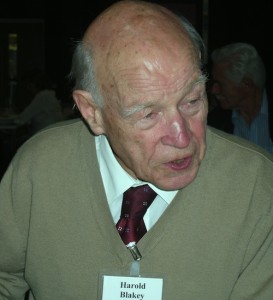 Mr Blakey was a long-time member of the Northern Ceramic Society and many of the pieces had been illustrated in the society’s journals and publications as well as reference works he had authored.

He was particularly interested in the work of early Staffordshire potter Thomas Lakin and among the most valuable lots was a group of stoneware possibly from his factory. It comprised a dry-bodied three-piece teaset and another teapot moulded with figures and painted with over-glaze blue, sold with a another teapot and a lidded dish with silver handle.

Bidders were more convinced of the Lakin attribution and took the bidding to £1,200, against an estimate of £50-100.

Blakey left his collection to the Northern Ceramic Society, while a small number of pieces had been donated to museums in his memory. The remainder was sold with to raise funds to continue the society’s educational mission.