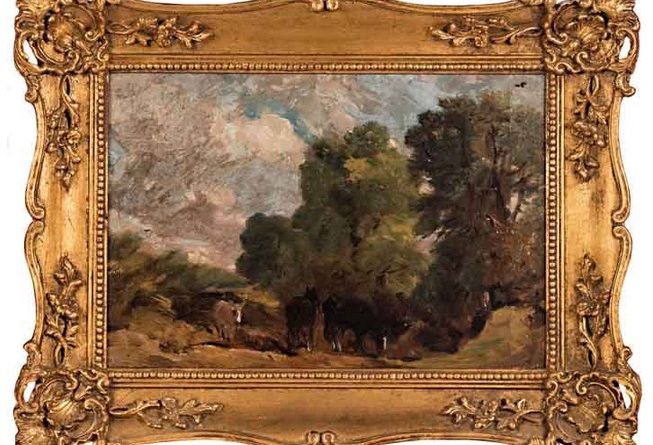 A woodland oil sketch by John Constable has sold at the Exeter auction rooms of Bearnes Hampton & Littlewood for £252,000 (plus a buyer’s premium of 19.5%). 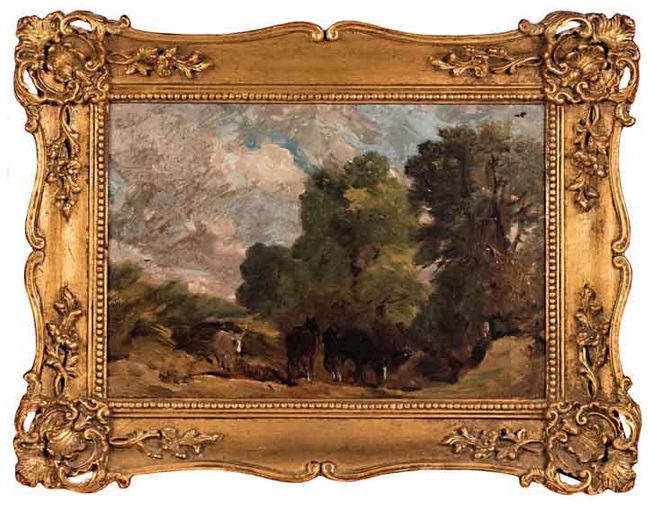 In a battle between two phone bidders, the work, Landscape with Horses, took 15 minutes to sell.

Measuring 9½ x 14in (24 x 36cm), the study of a woodland clearing features ponies and a donkey. It is included in Graham Reynolds’ 1996 catalogue raisonné with a date of 1810. Reynolds states that the picture originally had two labels with the date of October 8, 1810 recorded and the title which were believed to be lost. However, in the week prior to the sale the outline of a label was identified and subsequent work by a conservator revealed them both beneath masking tape on the stretcher.

Landscape with Horses is part of a series of outdoor landscapes painted by Constable in his native Suffolk during 1810. The location depicted is believed to be close to East Bergholt or Stoke by Nayland.

The picture has had numerous owners, including the artist’s son, Lional Bicknell Constable, whose initials ‘LBC’ were visible on the label; Sir Robert and Lady Borwick, and the Woodman family.