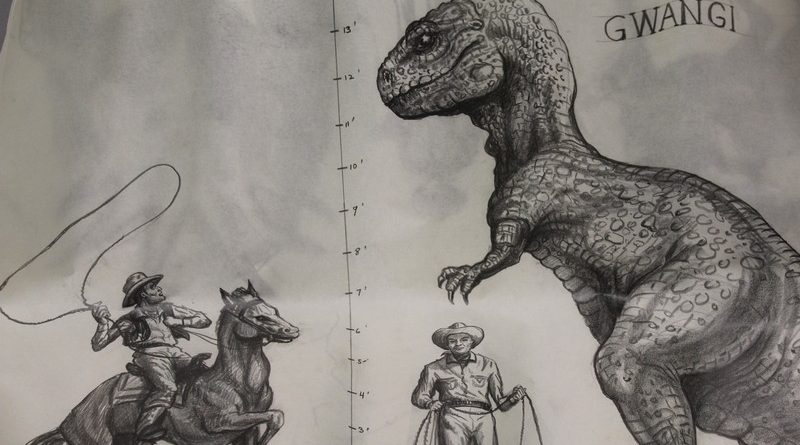 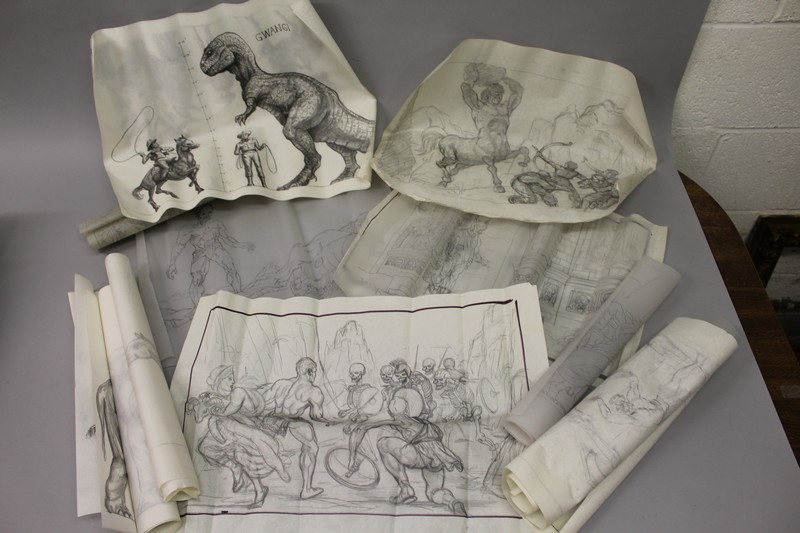 With 35 lots of memorabilia from the special effects maestro’s collection bidders in the room and online drove prices above their pre-sale estimates, with the top lot making £7,400.

That comprised sixty-three original drawings on tracing paper, including at least one from the cult 1981 film Clash of the Titans. The estimate had been just £50-100, a reflection of the difficulty in valuing such items since Harryhausen’s foundation donated just about everything from his personal collection – around 50,000 items in all – to the National Media Museum in Bradford in 2010, so no market record really exists for his memorabilia.

This cache, handed to the consignor direct from Harryhausen himself, with the documentation to back it up, was the exception, creating the rarest of opportunities to acquire something directly from the hand of the man widely credited with being the father of modern film animation, with his stop motion techniques. 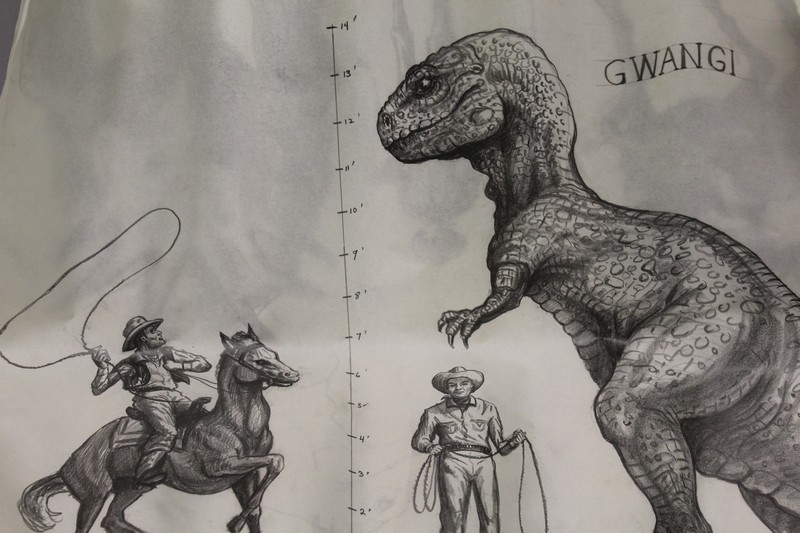 As Star Wars creator George Lucas said: “Without Ray Harryhausen there would likely have been no Star Wars.” Film luminaries including Steven Spielberg, Titanic and Avatar director James Cameron, as well as Nick Park of Wallace and Gromit fame have all acknowledged Harryhausen’s influence.

Other items from the sale included A Chinon 310 Pacific super 8 handheld cine camera in original case. Signed Ray Harryhausen on a white label to the side of the case, it carried hopes of £50-£100, but took £500.

It was a similar story across the board, with the remaining lots almost all trouncing their estimates.

John Nicholson said, “The results on these special lots would always be led by the bidders and we were absolutely delighted with the fantastic results of this collection. Something with mass appeal always makes our job a lot easier, but we are always determined to get the best price for our clients.”