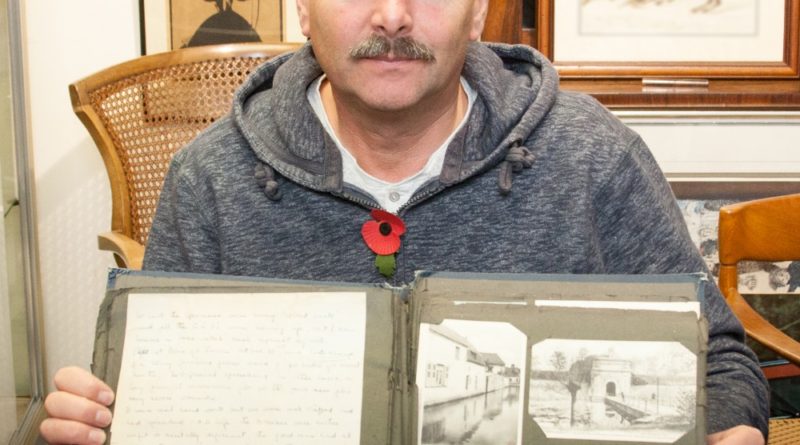 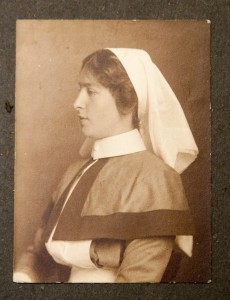 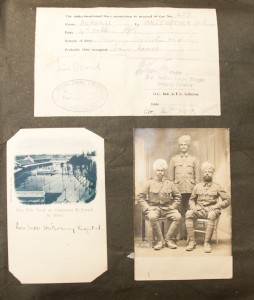 A unique scrapbook containing a first-hand account of the atrocities of WWI has just been discovered on a valuation day in Derbyshire by Hansons Auctioneers.  The book had languished for over 90 years in the attic of the vendor who was about to discard it until experts found it to be a major piece of our history written by a nurse serving in France.

Charles Hanson remarked on the find, “The book contains extracts of the day to day life of a young nurse named Violet Gossett who looked after our heroes serving on the Western Front from 1916-1919.” Written in ink on paper, even the pages show the stains of warfare and are a touching and sometimes blood curdling eye witness account of the horrors of WWI.  It was forbidden for any personnel to keep accounts or diaries and had these pages been discovered at the time, Miss Gossett would have been in lots of trouble.

Nurse Gossett writes with candour and humanity as her words leap off the pages one hundred years on from the conflict.  Her first line – ‘This will be a rather dull scrapbook of an exciting time’ – belies the book’s importance as an historical document a century later.

Parts of her account are graphic and have the power to shock.  For example,

‘We had a fearful lot of head cases about this time as the tin helmets were not in use.  Imagine a ward full of men with their brains oozing out of bad head wounds’.

There are even accounts of performing amputations without the proper equipment.

In another extract she goes on to say. 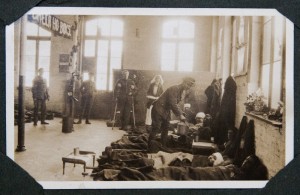 ‘Stretchers packed like sardines everywhere…they come in lying on stretchers in pools of blood all soaked through to the skin… also plastered head to foot in mud.  Two colonels died here last night and they cannot get the men buried.  The mortuary was full up, the dead Tommies had been piled up there each in a blanket with their bare feet sticking out’.

Later on she mentions a visit from Lord Derby who had asked if they had what they wanted, at which point she replied, ‘no…we have an average of one fork for six men.  The CO was very angry afterwards’. 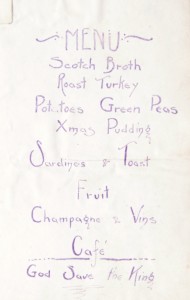 There are touching sentimental moments such as Christmas day 1916 which she described as ‘very jolly with very few bad cases which we were thankful.  We decorated where we could.  Soup was the first course of six…and we had a different wine with every course .It was great fun and we danced afterwards’. 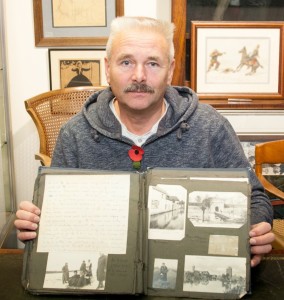 Adrian Stevenson, Militaria Expert at Hanson’s Auctioneers commented, “Interest in The Great War is at an all-time high as we now pass the 100th anniversary.  Unpublished accounts always attract interest from collectors and historians alike.  I was captivated by the scrapbook.  I would like to think Miss Gossett would be amused today at the amount of interest her scrapbook will create.  She covers many of the famous actions of the war all written on various scraps of paper, both official and otherwise.  She illustrated this with postcards and private photographs, including one of herself in her nurse uniform.”

He continued, “This is a fascinating and  important document which I hope will be preserved for generations to come and add to understanding of the horrors that occurred in the Great War and all those brave men and women who gave their lives to give us the freedom we enjoy today.”

The album is being offered for auction in Hanson’s Auctioneers specialist Militaria sale on the 23rd November at the Etwall Auction Centre, Derbyshire, with a guide of £400-£600.

Charles Hanson commented, “the album is emotive and highly charged for what is a unique and powerful time in our history.”