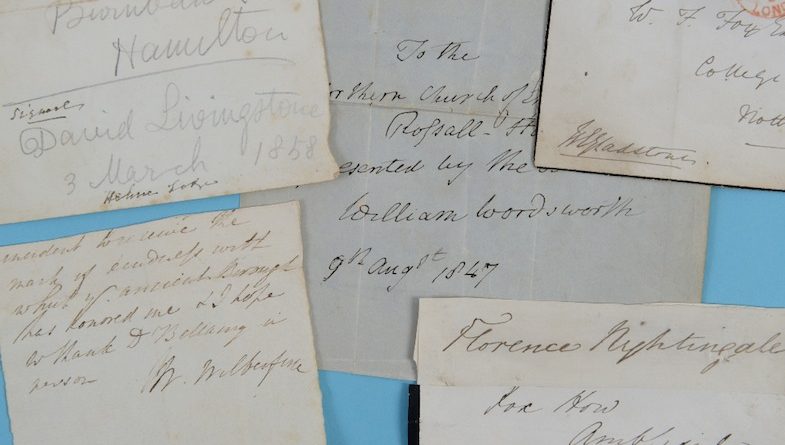 More than 70 autographs from more some of the most distinguished names in British history, dating 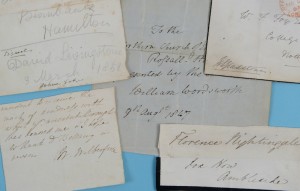 With signatures ranging from the artist Thomas Gainsborough to the musician Louis Armstrong, the collection is one of the most comprehensive ever to appear at Charterhouse in Sherborne.

The collection, which includes autographs from T. E. Lawrence, Rudyard Kipling and William Wordsworth, as well as David Livingstone and Florence Nightingale, was amassed by a mother and daughter who live near Taunton.

Auctioneer George Holtby said: “The signatures are either on letters, fragments of letters or envelopes. We have already had a good deal of interest in the collection and I am sure it will sell well with bidding from collectors and dealers either on the phone or bidding live on the internet.”

The autographs, most of which have not been seen in public for over 100 years, are included in the Charterhouse collector’s auction on December 16, which also includes other ephemera, coins, medals, stamps, postcards, model cars, trains and other toys.