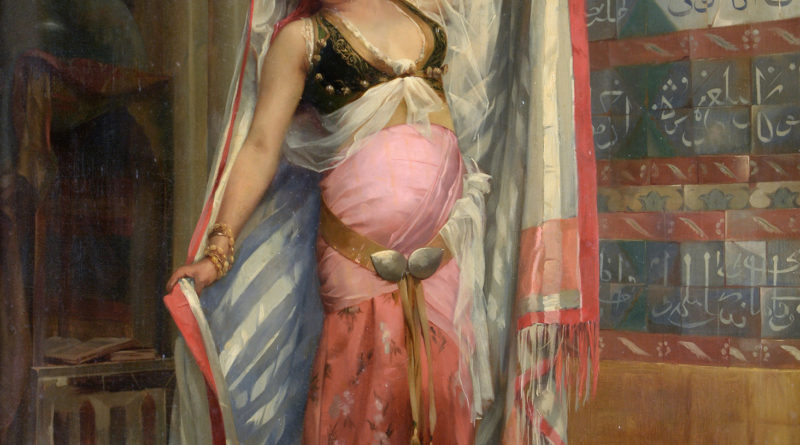 Tennants Auctioneers hosted their Autumn Fine Art Sale across two days on 13th and 14th November and achieved outstanding results across all periods and genres within the pictures section.

Comprised of 168 lots in total, the overall hammer price realised was £353,100, with an especially high sold rate of 92%.  The results are testament to a highly selective market, which shows exceptionally strong bidding for specific items. 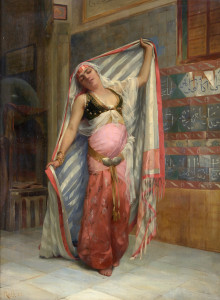 The top selling lot for the section was the beguiling painting of an exotic dancer by Greek artist Theodore Jacques Ralli. Consigned from a private Lake District estate, the work had formed part of a collection for several decades and remained in pristine condition, including the original hand written artist’s label to the reverse. These attributes and provenance fuelled a highly charged bidding war, with several international and national bidders taking the final hammer price to a spell-binding £44,000.

The traditional section, of almost equal parts and performance to the Modern and Contemporary section, had several notable results, including those achieved for works on paper by Yorkshire artists Dame Laura Knight and Henry Silkstone Hopwood.

High demand was in evidence for a small collection of atmospheric works by Wharfedale artist Herbert Royle (prices ranging from £900-£1,600), works by William Mellor showed positive results too, and good quality examples by Fred Hall, William Woodhouse and many others achieved remarkable results on the day with enthusiastic bidding across the board exceeding many estimates considerably. 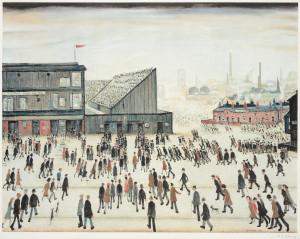 The modern section proved once again that certain artists continue to attract increasing attention. Signed limited edition L S Lowry prints have taken another leap forward in prices, and Tennants Auctioneers secured several new world record prices – including the iconic show stopper “Going to the Match” at £22,000, smashing their own previously set world record price from the July 2015 sale by £2,000. For the remaining 12 signed limited edition prints the average hammer price was £4,300, setting a new benchmark in the print market for this celebrated Northern artist.

Other particularly strong prices were achieved for works by Simon Palmer, Stanley Royle, John Lowrie Morrison or “Jolomo” and Mary Fedden to name but a few.

Three important and resonant works by the North East mining artist Norman Stansfield Cornish proved to capture the imagination of buyers leading to further significant prices. Entered from the artist’s private estate, these personal works embodied some of the themes and instantly recognisable motifs of the artist. A “Little Girl with Umbrella” secured £12,000, “Pit Road Winter” – £9,000 and “Trimdon Grange Crossing” made £4,500. The group was highly complemented with five privately entered works by his contemporary Tom McGuinness, which each sold well making prices in the region of £800-£1,900. These impressive results continue to illustrate the demand for Northern artists.

Read our guide to the works of the North East artists, including Norman Cornish, here.