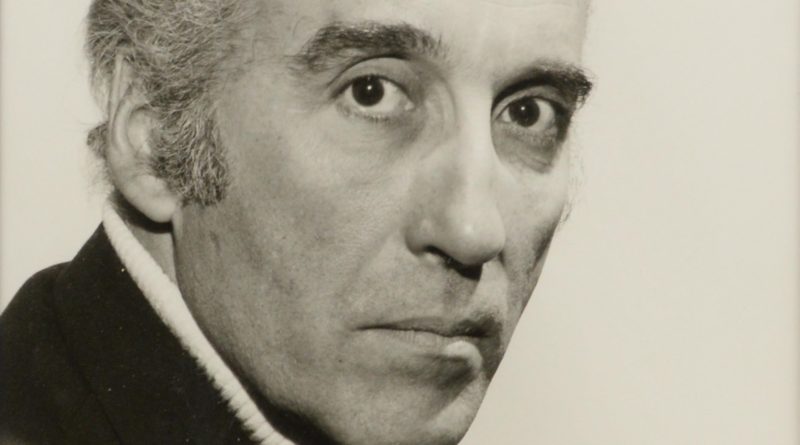 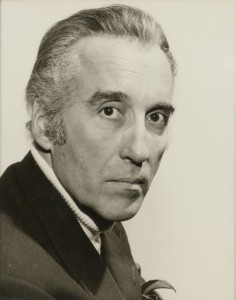 He was Count Dracula in Hammer Horror films, James Bond villain Scaramanga in The Man with the Golden Gun, Count Dooku in the Star Wars prequels and memorably Saruman in The Lord of the Rings. With an acting career spanning eight decades and appearances in more than 200 films and television series, the late Sir Christopher Lee was one of the great icons of British cinema.

Ewbank’s, Surrey’s premier auctioneer and fine art and antiques, are therefore proud to announce they have been entrusted by Sir Christopher’s estate to sell property from his personal collection, including garments he wore for premieres and public appearance and items of crew-clothing relating to many of his most famous onscreen roles. The 39 lots will be included in a two-day sale of Music, Sporting, Film, TV and Entertainment Memorabilia at Ewbank’s on December 3-4.

Notably, the collection includes the burgundy velvet smoking jacket with quilted silk collar believed worn by Sir Christopher during an appearance in The Tomorrow People, a children’s science fiction TV series that ran from 1973-1979. He can be seen wearing an identical jacked in The Rameses Connection: Part 1, in which he plays the lead villain Sam Rees/Ramases. The jacket is estimated to sell for £600-900.

A Lord of the Rings movie production gilet owned and worn by Sir Christopher celebrating ‘Day 133’, the middle day of filming on May 23, 2000, is estimated at £300-500. The gilets were produced as gifts from Director Peter Jackson and his screenwriter wife, Fran Walsh, for the Lord of The Rings crew to commemorate reaching the mid-point in filming the epic production. Only around 1,000 were produced. This particular gilet was worn by Sir Christopher at a fan event.

Eleven souvenir Lord of The Rings The Return of the King film crew baseball caps and 13 from The Hobbit will be sold in two lots with estimates from £50, while a further eight from the filming of among others Star Wars, Charlie and the Chocolate Factory, Sweeney Todd and the James Bond Anniversary are estimated at £40-60.

Known for his imposing stature, he stood 6ft 5in tall, in 2013 Sir Christopher and Lady Lee were listed as among the 50 best-dressed over 50s by The Guardian newspaper. The sale features many outfits and garments from his personal wardrobe, worn regularly for events and public appearances, notably bespoke suits and signature style checked sports jackets, some designed by film industry tailors ‘Angels The Costumiers’ and outerwear classics such as his Burberry trench coat, Hudson Bay jacket and Loden coat

Sir Christopher’s tuxedo, will be sold with his bow-tie, cummerbund and white shirt marked ‘Lee’, which is estimated at £150-250, while his personalised, hand-embroidered, velvet shoes, with ‘CL’ monogram, all worn by him to numerous premieres and award ceremonies, including the BAFTA Awards, are estimated at £40-60.

Other pieces included in the collection relate to his personal interests. Sir Christopher Lee a was decorated RAF flight lieutenant with a lifelong interest in military history and a golfer who played frequently in celebrity Pro-Am tournaments.

Sir Christopher, who refused to retire, died in June this year after a short illness. He was 93.

Ewbank’s sale features a particularly strong entry of Star Wars movie posters and memorabilia consigned from other owners, most amusing among them being an exact full scale replica of the robot droid character created by filmmaker George Lucas, R2-D2.

Made from plastic, metal and wood on wheels and painted in replica colours, the model is complete with interior electronics that provide lights and sound and is estimated at £1,500-2,500, as is a model of a Star Wars Imperial Stormtrooper helmet.

An unfinished model in white vacu-formed plastic and rubber detail, the helmet was made by Andrew Ainsworth of Shepperton Design Studios who went on to make those used in the film. It was purchased by the vendor from Ainsworth in 1977 and is believed to be of one of a small number of unfinished models. The painted grey and black areas were added later by a friend for a fancy dress party. The helmet will be sold with a letter of authenticity from Ainsworth and a letter from the current vendor stating he bought it in 1977.

Among a large selection of cinema posters in the sale is a rare version of the UK quad (30 x 40 inches) designed by Tim and Greg Hildebrandt for the first release in the 20th Century Fox Star Wars saga in 1977. It was issued when the film was first released in the UK but it was subsequently decided that the depiction of the characters should more closely resemble the film’s actors, and therefore this version of the poster was discontinued in favour of Tom Chantrell’s artwork. It is estimated at £1,200-1,800.

Among the most valuable film props in the auction is a production-used broomstick from the 2001 film Harry Potter and the Philosopher’s Stone, which is identical to the one seen being ridden by Harry on the front of a Vanity Fair Magazine, a copy of which is included in the lot. Production-made marks on the piece match those in the photographs. The broom was purchased by the current owner from a crew member before the release of the first movie and is estimated at £3,000-5,000.

A highlight from the world of pop and rock, meanwhile, is Hard Rock Cafe Live Aid satin jacket made by Stormin’ Norman Productions for the July 1985 concert for Barrie Segal, who was the managing director in charge of the café’s U.S, operations at the time. It will be sold with a baseball jacket with embroidered ‘Barrie 1’ and ‘Love all, serve all’ to the front and is estimated at £300-500.

One thought on “Get your teeth into horror legend’s collection”