Peter Langh has been collecting Hungarian art for more than 20 years and is the owner of the renowned 567 Gallery in Budapest. Dr Graham Cooley is a 20th-century design collector and the organiser of exhibitions including Fat Lava, Hi Sklo Lo Sklo and Alla Moda. Here the pair offer advice on buying Hungarian ceramics and explore the golden post-war age. 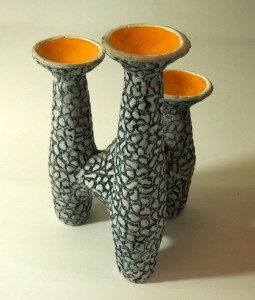 Design behind the Iron Curtain is a fascinating area of research. From 1945 to 1990 many great artists developed their work in isolation from the West. This isolation meant most of these great practitioners of Hungarian ceramics have never been written about or exhibited, until now. Equally the reason why Hungarian artists excelled in this craft, more than any other country under communism has, until recently, remained a mystery.

“The Hungarian nation is the only nation in Europe which has no racial or linguistic relatives and so it is the loneliest part of the world. This unique loneliness might explain the particular intensity of its existence…The nation’s hopeless solitude highly increases its talents, its will to prevail and its hysteria… To be a Hungarian is a collective neurosis.” Arthur Koestler

For the western collector it is difficult to understand the importance of the ceramic tradition in Hungary. In Hungary a plate is more than a plate – ceramics is somehow welded into psyche of the nation.

Peter Langh said, “At home, we had some pieces from Zsolnay and Herend but also hanging on the wall of the kitchen, folk art ceramic plates and jugs. In all the Hungarian homes I visited in Belgium and in other countries, these folk ceramics represented a piece of the homeland and also a symbol of the Hungarian culture. I grew up admiring the rich colours and the delicate forms of my paternal grandfather’s wedding ‘Palinka’ flask of 1925 and my maternal grandmother’s 1936 Badár Balázs amphora. From my mother, I inherited a lovely blue vase by Gorka Géza and two grey vases by Bod Éva. These pieces are symbols of my Hungarian roots. Next to Hungarian porcelain and ceramics, Bohemian crystal glasses were also part of the mix. That’s what my parents and other Hungarian friends told me: porcelain from Herend, ceramic from Zsolnay and crystal from Bohemia!”

Under Communism, each Eastern Bloc had its own speciality. Bilateral barter trade helped to fill the many empty shelves. Hungary produced not just pharmaceutical products, Orion TVs and radio sets but paprika, salami, wine and, of course, ceramics and porcelain. Czechoslovakia manufactured the Skoda car, the Java motorcycle, the Tesla record player, as well as glass and crystal from Bohemia.  While from East Germany came Trabant and Wartburg cars (sometimes you had to wait up to 10 years to get one) Florena cosmetics, Simson scooters and Orwo films.

The quantity of Czechoslovakian post-war glass in Hungary was phenomenal. Even today, more than 25 years after the last shipment, you can still see in homes, schools, hospitals, offices or factories, the Sklo Union pressed glass vases, jardinière and ashtrays of  Urban, Vizner, Matura or Zejmon, the blown vases and plates of Hospodka, the Rhapsody range of Zemek or the cut vases of Zahour, Hlava and Lipsky.

Ceramics from Hungary and glass from Czechoslovakia were regarded as traditional crafts and part of the national culture. Synthesizing the nation’s cultural past and the ideals of Socialist arts was the objective of all the Eastern Bloc cultural policies. Ceramic and glass were considered less reactionary than painting or sculpture. And, because they were deemed less dangerous, ceramics and glass artists had more freedom to create. 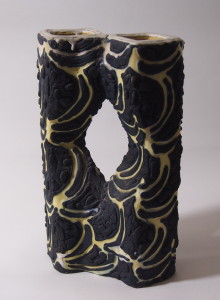 Gádor István and the Hungarian sculptor Miklós Borsos (1906-1990) established the Magyar Iparművészeti Főiskola: the Hungarian Arts and Crafts Academy, and ceramics became part of the post-war rebuilding effort. The Hungarian government also imposed a ‘two percent rule’ meaning two percent of the budget for all public buildings had to go into the decorative arts.

The result was an explosion in architectural ceramics in Budapest. A strong cultural policy also emerged that mixed traditional folk pottery with modern socialist art, in order to develop a unique and progressive Hungarian style.

Sales and marketing both locally and internationally was centralized. Artists were judged by a panel of experts, with ‘accepted’ artists allowed to sell their work through the Arts and Crafts Company Iparművészeti Vállalat or the state-run company Artex. 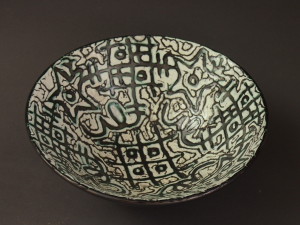 In the state-driven ‘home improvement’ campaigns after 1956, modern Hungarian ceramics became fashionable. Independent studios and workshops emerged producing some of the most original ceramics of the 20th century.

One thought on “Essential Guide to Buying Hungarian Ceramics”