Chiswick Auctions will come alive with a wide variety of artefacts from distant and ancient cultures, from ancient Egypt to exotic Oceania and beyond, early next month.

Six different private collections make up the core of the sale; each one representing the personal taste and interests of the man who created them. 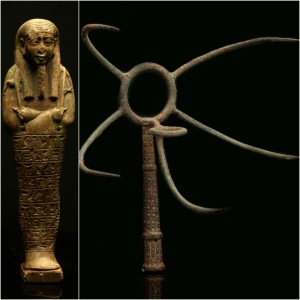 Of similar taste is the collection of Nikos Paschalis (1918-1948), grandson of Geroge Paschalis, founder of the Paschalion Archaeophylakeyon Museum in Samos in 1912.

Highlight of the collection is an Egyptian polychrome wood mummy mask with glass inlays for the eyes and eyebrows (right).

Allan Course, experimental archaeologist known by many for his passion and knowledge in the field of British prehistoric tools, is also offering his private collection of artefacts ranging from the Neolithic Period to the late Bronze Age, selected by him for their quality and condition. 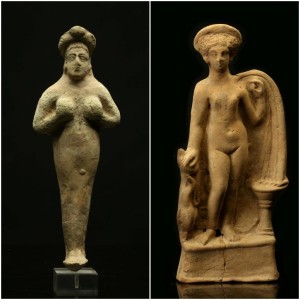 Similarly, the Marcus Brooke (1923-2015) collection was formed by another adventurous traveller and includes a selection of ancient small terracottas such as two Amlash zoomorphic figurines of a bull and a bird.

A Luba caryatid stool from the Gordon Reece Gallery, a Nepalese shamanic mask, and a finely carved ‘Culacula’ paddle club from the Fiji Islands are amongst the highlights of the Tribal art section.