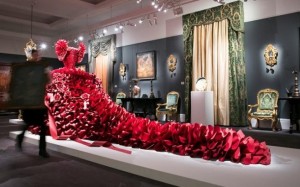 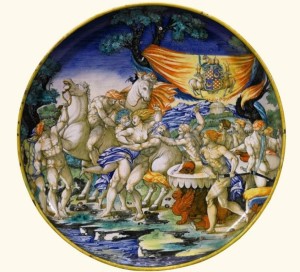 The top lot in the sale was a large Maiolica footed dish, attributed to the ‘Painter of the Apollo Basin’, which sold for £257,000 (€336,079), thereby establishing the highest price in the sale. The artwork which came from a European private collection had been estimated at £30,000-40,000.

The dish measures 16½in (42cm) and came to the sale a European source and was bought by the British trade.

The scene of the dish is entitled The Rape of Hippodamia, after a print by Enea Vico (1523-67) depicts Theseus standing to take out his sword against the Lapith centaurs who are attempting to attack Hippodamia.