Shropshire auctioneers Trevanion & Dean celebrated their first anniversary in style last month when they auctioned the contents of the library at the historic Hawkstone Hall library during their monthly auction of Specialist Antiques, Fine Art and Collectables. 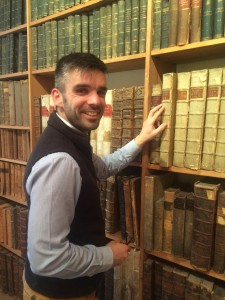 The library was an eclectic mix of books dating from 1500-1900 and formed an important part of the teaching library at Hawkstone Hall throughout the 20th century.

The grade 1 listed, early 18th century mansion near Hodnet in Shropshire was built between 1700 and 1725 by Richard Hill of Hawkstone (1655–1727), second of the Hill baronets, of Hawkstone. Brothers Rowland (1st Viscount Hill) and Robert Hill, who fought at the 1815 Battle of Waterloo.

The financial difficulties of Rowland Clegg-Hill, the 3rd Viscount Hill meant that the hall was sold and the estate split in the early 20th century.

The hall was acquired after Lord Marchamley’s death by the Roman Catholic Redemptorist Order in 1926 and, until 1973, was a seminary, the current library includes philosophy, spirituality, theology and church teaching examples.

With just over 100 of the 520 lots in their auction dedicated to the Hawkstone Hall Library, the auctioneers had a 100% sold rate securing record prices for many of the lots offered.  The top selling lot within the library went to a copy of The Holy Land by David Roberts which secured £2,400. 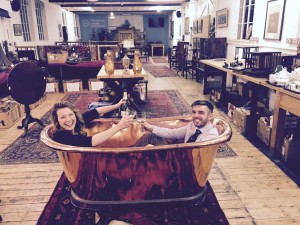 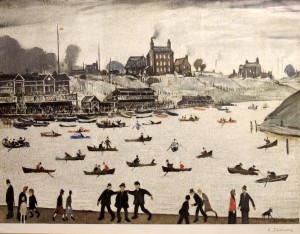 Mr Dean, auctioneer and partner at the firm said, “It was an exciting day with buyers from across the country travelling especially to buy at the auction, and with over 400 international bidders online including European, Australian and American buyers it was a thoroughly thrilling day and the vendors were delighted with the result.  It was a fantastic way to celebrate the first year of Trevanion and Dean and a great start to 2016.”

Other top selling lots of the day were £3,800 for a Laurence Stephen Lowry signed colour print of the Crime Lake, while £1,700 was achieved for a pair of wonderfully eccentric Anthony Redmile sculptures and £1,200 for a copper bath.