In a move reminiscent of the association’s origins, BADA (The British Antique Dealers’ Association) is spearheading a campaign on behalf of the fine art & antiques industry, against the Government’s proposed plans to introduce quarterly tax returns from 2020.

Under plans announced recently by Chancellor of the Exchequer George Osborne, businesses and people who are self-employed will be required to update their tax information four times a year, as part of Osborne’s ‘digital revolution’.

The Government believes the move will raise an additional £600 million annually but BADA is concerned that the impact of the proposals could be catastrophic, not only for the art & antiques industry but throughout the small business community.

To date 111,718 people have signed an online petition proposing to scrap plans to introduce the legislation, prompting parliament to debate the issue in January.

Following a briefing meeting at The Treasury on Friday 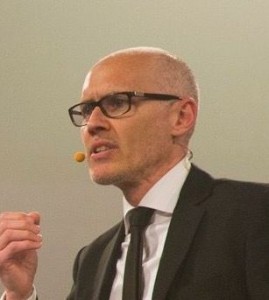 Marco Forgione, BADA CEO said, “Talking with HMRC it is clear that they have underestimated the impact these proposals with have on MSMEs (Micro, Small and Medium Enterprises).

“Reading the Government’s rationale, and speaking with officials, it’s clear that the overriding aim is to take more money from businesses. These proposals will penalise MSMEs in particular because, unlike big businesses like Google, they don’t have large teams of accountants working away on their tax issues.

“What Government seems to completely fail to recognise is that small business owners are already working flat out to make their business a success. This significant extra burden and the threat of substantial fines for errors and non-compliance will act to deter entrepreneurs.

“For those already running their business they will see their cash-flow devastated, more expense on administration and more interference from Whitehall. The antiques trade is seasonal, with the profits of the early summer often sustaining dealers through leaner months and allowing them to reinvest in fresh stock.  The quarterly payment of tax would destroy this”

“BADA has a proud tradition of campaigning against controversial legislation, indeed BADA itself was formed in 1918 to contest David Lloyd George’s plans to introduce a luxury tax on antiques. The implication of this ill-conceived Government initiative on our industry is even greater.”

The Government will be undertaking further consultation over the coming months. BADA will be making formal submissions to HM Treasury and HMRC.