Duke’s Auctioneers held their inaugural Toys and Collectables sale at the end of March and the 400-Lot sale made over £30,000. 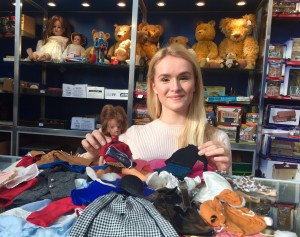 It was the first foray for Duke’s Avenue saleroom into a specialist sale alongside utlising integrated online bidding. The auction received over 3000 unique visitors to the online catalogue, and the online presence helped maximise the final sale total. 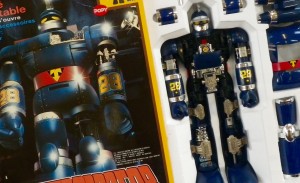 Many of the lots sold above their estimates, with the standout lot, a ‘Super Robot 28’ by the Japanese toy manufacturer Popy, selling for £1,037 to an online bidder. Variety was the order of the day, with a 1960’s Cindy sold for £220, whilst a 19th century German toy farm sold for £366, and a lot of vintage Lego sold for £195, indicating the market’s hunger for toys of all ages and types, with condition being key.

Many of the toys for sale offered a nostalgic blast from the past for bidders, with lots of private collectors interested in purchasing the toys from their childhood. Several of the lots had been brought in by clients prior to moving house or clearing out the loft, and had been put away almost 50 years ago when their children grew out of them. One standout example was a box of tin soldiers wrapped in newspaper from the 1930s, which gave the valuers a clue to their age.

Toy specialist and Auctioneer Philip Traves said, “We were very pleased with the sale – both in terms of numbers of bidders and prices achieved. It is a booming area of the collectables market, and we had tremendous interest. It is amazing that many of these lots have been hidden unwanted in our vendors’ lofts for years, yet can fetch hundreds of pounds when offered on the open market.”