In many ways it was the original Victoria sponge and therefore only fitting that a slice from Queen Victoria and Prince Albert’s wedding cake, should sell for more than 20 times its low estimate. 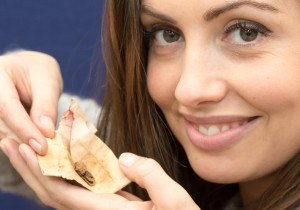 The cake, which was discovered in a chest, was wrapped in a small parcel of parchment, inscribed, folded and sealed twice, first with a green seal, then overlayed with a large red wax seal.

The parcel is said to belong to Robert Sayer, who served as a lieutenant aboard the HMS Victory.

Director Charles Hanson said: “When I stumbled across this piece of old cake, I thought, ‘oh crumbs’. Although it may not have intrinsic value, it proved to have great historical worth and, in the end, sold like hot cakes.”

The original cake weighed 300lb, measured three yards in circumference and cost more than £100, he added.