A 13th century bronze coin from Wetzlar, Germany, is estimated to sell for almost £60,000 this week on online auction house Catawiki. 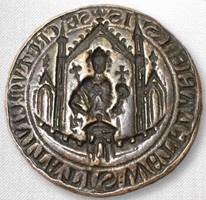 The only surviving seal from that period in the city of Wetzlar, the coin is a unique find that is seeing interest from collectors and enthusiasts. The current bid has already exceeded over £7,000 with a few days of bidding left. 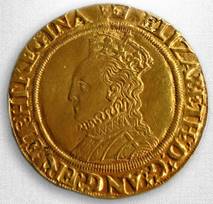 The 13th century coin comprises part of an auction of 25 rare coins and banknotes taking place on the site, with many seldom sold and considered museum pieces. One example is the gold half-pound from around 450 years ago during the reign of Queen Elizabeth I. The half-pound was part of a series of 0.917 “crown” gold issues, introduced under Edward VI to restore some of the confidence in the currency lost by his father, King Henry VIII, who had acquired a reputation for the debasement of his coins, diluting gold and silver content with non-precious metals.

Elsewhere, a Great Britain – “London 2012” 9 Coin Complete Gold Series is expected to sell for up to £8,000. The collection, celebrating the London 2012 Olympic and Paralympic Games, was designed by sculptor, John Bergdahl. Designs for the three £100 one-ounce and six £25 quarter-ounce coins were inspired by the Olympic motto: Citius, Altius, Fortius (Faster, Higher, Stronger).

Other lots are amongst the rarest collectors’ items from Italy, Spain, The UK, The Netherlands, Germany, The USA and Greece.

The auction ends on Friday 27th May.