An eclectic collection of antiques put together by connoisseur and conservation architect Philip Miller to furnish his historic home in Berwick are going under the hammer in Newcastle.

The first part of the Patricia and Philip Miller Collection, which features items ranging from Georgian furniture to a harp and even a tin bath, will be sold during the Anderson and Garland‘s Fine Art Sale on June 14th to 16th. 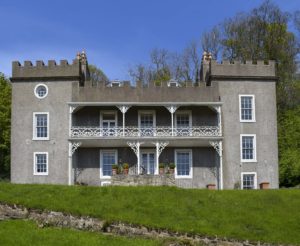 The Millers lived at Castle Hills House in Berwick, a Grade II listed building built by the Askews of Pallinsburn in the early 1800s as a Dower House. The house, which is set in four acres and overlooks the River Tweed, was the town’s maternity hospital between 1948 and 1984 before returning to a family home. The Millers lived there for 15 years, but following the death of Mr Miller last year, his widow is moving to a smaller property and the couple’s extensive collection of antiques is being sold.

Mrs Miller said, “Philip was a conservation architect and we bought the house in 2000 to restore. We’d always loved Berwick so when we saw the property was up for sale during a visit, we knew it was the one for us.

“Sadly Philip died last year so it’s time to move to somewhere a little smaller. Philip and I have always loved beautiful furniture, especially in the Regency and Georgian style and Philip was also an inveterate collector of music and ceramics.

“He wrote three books on ceramics and we have over 1,000 teapots that I hope will go to new homes later this year. It’ll be hard to say goodbye to each piece but I hope others will enjoy them as much as we have.” 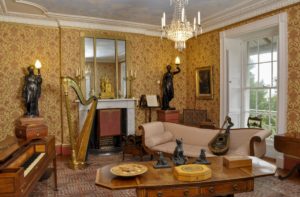 The Miller Collection has been split into several parts for auction. Part One includes the principal furniture from Castle Hills House, with lots valued between £100 and £5,000 going under the hammer at the June sale. Among the items being sold are a Georgian architect’s desk, an early 19th century four poster bed, Regency-style sofas, a harp, a tin bath and a beautiful bracket clock by Bennett of Norwich, which has an estimated value of £3,000-£5,000.

Further parts of the collection, featuring porcelain – including Mr Miller’s impressive teaware collection – Sheffield plate, pictures and ornaments, will be sold by Anderson and Garland in late summer and September.

Anderson and Garland director, Julian Thomson, said: “Philip was a connoisseur and a collector, which can be very clearly seen through the wonderfully eclectic items going into the June Fine Art sale, many of which are from the Regency and Georgian periods.

“As an architect with experience of restoring country homes, Castle Hills House was beautifully designed and this sale now offers the opportunity for others looking to furnish their home in a similar classical style.”