The Canterbury Auction Galleries in Kent will celebrate its 25th anniversary with the sale of the £200,000 Wittenberg Collection, showcasing important medieval and early English and continental antiques and fine art. The collection will be sold on the final day of the auctioneer’s three-day Spring sale, which runs from June 7th to 9th.

The Wittenberg Collection comprises some 280 lots of Flemish, Dutch and English paintings; Tudor and later wood carvings; English and Dutch Delft; an important group of medieval and later decorated tiles; early furniture and metalwork; armour and rare collectors’ items. It is expected to raise a total of around £200,000 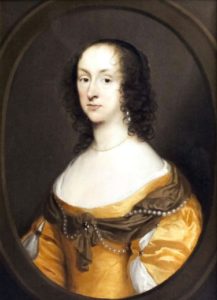 Clem Wittenberg, 67, a former De Beers diamond valuer, has collected since he was a child. He bought his first antique – a Victorian writing slope – aged seven. It cost him sixpence. Since then, the acquisition of his historic timbered home in East Sussex with his wife, Christine, presented the couple with the ideal setting in which to place the historic objects that fascinate them both.

The son of a Dutch Resistance fighter who met and married his English wife while serving with the Dutch Army stationed in Aldershot, Mr Wittenberg was born there in 1948. He left school at 18 with a yearning to travel and fortuitously wrote to De Beers to ask for a job. He retired in 2004 after 37 years with the company, during which time his duties as an appraiser and valuer of rough diamonds took him all around the world.

His work and the opportunity to appreciate the cultures of the various countries he visited only added fuel to his love of collecting. However, with two children who are both interested in the history of the objects in their parents’ collection, but not in actually physically owning them, Mr and Mrs Wittenberg have decided, somewhat reluctantly, that now is the appropriate time for them to be sold to give others the opportunity to own and enjoy them as much as they have.

Among the most valuable pieces in the collection is one of the family’s favourite pieces:  a late 15th century German carved limewood figure of St. George and the Dragon, done possibly under the influence of Tilman Riemenschnieder (circa 1460-1531) who has been placed in the same league as the paintings by Albrecht Dürer. The carving is estimated at £8,000-10,000. 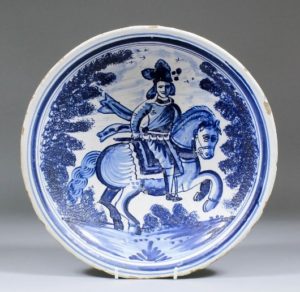 An early 16th century Netherlands oak carving of a bearded man on horseback and standing companion against a rocky background, probably from an altar piece, is estimated at £2,000-3,000, as is rare pair of English oak portrait panels, the subjects with distinctive elongated necks, circa 1520-1540.

The collection is strong on early continental oil paintings, the most valuable among which is an oil on oak panel attributed to the Haarlem artist Henrik Mommers (1623-1693). It shows a woman buying grapes from vegetable sellers and a donkey carrying a girl holding a bird cage with a town and mountain in the background. It is estimated at  £7,000-10,000, as is a portrait of Sophie, Princess Palatine of the Rhine (1630-1714), the mother of George I.

Mr Wittenberg is an avid collector of early glass and ceramics, notably Dutch and English Delft and Medieval tiles. A documentary late 16th century salt glazed stoneware bellarmine, the wine jug named after Cardinal Bellarmino (1542-1621), the Italian churchman, a caricature of whom typically appears on the neck is estimated at £1,500-2,000.

The jug is dated 1594, and may commemorate a partnership agreement made that year between a William Simpson and two merchants, Joos Croppenberch and William Brunyack, for the former to import of stoneware to the UK from Cologne between 1595 and 1597.

Among a large number of Delft ceramics is an English blue and white charger painted with an equestrian figure holding a baton and wearing armour and a sash, mounted on a prancing horse, with sponged trees to either side. Made possibly in London in about 1700, the charger is estimated at £2,500-3,000.

Rarest among the Medieval tiles is a group of four decorated in white slip with the name “Sir John Talbot” and the family crest of a white dog and sprigs of oak. They relate to John Talbot, First Earl of Shrewsbury (circa 1394-1453) a Commander during the Hundred Years War, who was present at Henry V’s entry into Paris. For his skill as a military leader he was given the title of Earl of Shrewsbury in 1442 and was known as the “Achilles of England”. He died in the battle during the Siege of Castillon in 1453. The four tiles are estimated at £3,000-5,000.

A pair of 16th century Damascus tiles with a repeating design of split leaf palmettes, by repute from the Dome of the Rock in Jerusalem as part of the refurbishment of the mosque ordered by Suliman The Magnificent is estimated at £600-800.

The collection is replete with collectors’ curiosities: A mid 17th century silk embroidered stumpwork picture depicting two regal ladies surrounded by motifs including a deer and unicorn, lion and leopard, flowers and insects in an ebonised frame is estimated at £4,000-6,000, while a single Tudor leather shoe, still with its leather laces, together with a smaller second example and a third from the 17th century example are together estimated at £200-300. They were reputedly recovered from the River Thames.