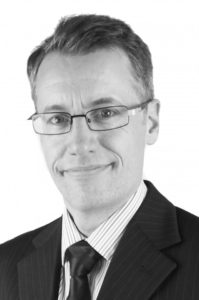 Alexander Clement is an Asian Art specialist at Halls in Shrewsbury. A former curator of the Royal Doulton Museum in Stoke-on-Trent, head of the European ceramics and Asian Art departments at Phillips, (later Bonhams), in Chester, and freelance consultant to UK auctioneers and valuers, he joined the Halls team in 2015.

What are the current hot sellers in the auction room?

Buyers seem to be seeking quality more and more, as well as good condition – both increasingly rare to find – and that goes right across the board through every department. Unusual objects can do well but provenance seems to be the key here. The real hot sellers are those with a good story, a long history or association with someone of note. It sounds hackneyed but provenance is key.

What antiques do you have at home?

Mostly furniture which is functional as well as being nice to look at. We have a lovely George III mahogany chest of drawers inherited from my wife’s grandmother; an early 20th Century oak dining suite, including sideboard, that we bought at auction and a mid-Victorian mahogany framed leather armchair with some really nice little carved details. I do have a few academic pieces of Chinese porcelain and one piece of jade; a belt hook in the form of a dragon which I found in a London auction some years ago.

What piece would you love to sell in the auction room?

If the Portland Vase ever came up for sale I would love to be wielding the gavel. There’d be a national outcry, of course, and rightly so! It has to be my favourite antique object of all time and is a national treasure. So back to reality it would be terrific to sell a really fine Ming blue and white piece and get it up to seven figures. Or even Qing Imperial which can make several million with impeccable provenance. Just to be able to say “At two million pounds, now, any advance?” – what a thrill!

What has been your most exciting sale so far?

Just recently we were delighted to offer a super pair of mark and period Daoguang (1821-1850) vases and covers which I estimated at £20,000-30,000 but with strong telephone bidding reached £85,000. From the joy of consigning something like that, through research and cataloguing right up to bringing the hammer down and saying “Sold!” it was a fantastic experience.

Will people go to auction houses in 20 years or will sales all be online?

The web has been playing an increasingly bigger part in auction salerooms for the last fifteen years or so and yet the rooms can still fill up with people. I think there will always be a demand for pre-auction viewing and many sales will be attracting bums on seats, so to speak, even in twenty years I expect. However, certain specialisms will probably find that the entire audience migrates to online bidding and these will be the small, portable collectables and works of art that can be dealt with easily over a distance: silver, contemporary ceramics, 20th Century design, clocks, books, toys and so on. The trade will still be lively but in twenty years it wouldn’t surprise me if the auctioneer was sitting alone in a room somewhere looking down a web cam.

Tell us some trade secrets – what are your top tips for being at an auction?

In light of the previous question my first tip would be go to the saleroom. Not necessarily for the auction itself but definitely for the view. You simply can’t beat looking at and handling objects in person and forming your own opinion about them. I’ve bought things long distance and been disappointed when they arrived and that’s the risk you take.

The other advantage is building a good relationship with the saleroom staff which really helps. Follow your gut instinct and ignore the static. I regularly see and hear people in the saleroom talking down an object and I often wonder what their motives are. Could they be trying to put other people off bidding? If you see an object you like and believe it will either be great for your collection or sell on for a decent profit, stick to your guns.

Never worry about asking the valuers for their thoughts. They have catalogued the items and sometimes know more about their provenance than is revealed in the brochure. They also know the market and can give decent advice.

Lastly, I would say never worry about being the under-bidder. You may not win that object but you still have the money and something just as good, if not better, always comes along later.  You’d be surprised how many times I see something really interesting and unusual and then a week later an identical one turns up from a completely unrelated source.

Will brown furniture make a comeback?

I believe so, yes. How can it not? It has everything to recommend it; quality, practicality, beauty. And now so much of it is so affordable I can’t imagine why anyone would go to the High Street to furnish their homes. Why fill a house with brand new furniture that will be practically worthless within days? Instead you could have well made objects that look fantastic, serve a purpose, and may even make you a profit when you sell them. As an investment it is a really interesting prospect and I can’t be the only one thinking it. As more people realise the potential, prices will inevitably rise.

Where are your favourite antique hunting destinations?

While I love the glamour of New Bond Street and Kensington, I am drawn to the tiny shops in provincial back streets crammed with stuff. This goes back to my childhood in Surrey when my parents used to go to what were then termed ‘junk shops’ searching for bargains. I also love a good old fashioned pile-it-high regional general auction. Towns with a bit of history and a good demographic mix always seem to have a decent selection so for me it has to be somewhere like Lichfield, Harrogate, Dorking or Ludlow.

Disagree. Surface appearances suggest that young people have no interest in anything old but I see plenty of younger bidders in the salerooms.  I think the Internet has helped bring antiques to a tech-savvy audience which (sweeping generalisation alert) tends to be younger.  And when you see kids coming in with their parents during school holidays they are rarely bored.  In fact they appear to be fascinated by all the stuff around them.

What’s the future for the trade?

I sometimes wonder where we are all going. Who will be collecting Royal Doulton figures or Carolinian pewter or Irish cut glass in ten years time, let alone twenty or more? There will always be a place for high-end art and fine antiques as investments as well as objects of desire to enjoy. And as long as we have such a strong and enduring fascination with the past – and attendances at National Trust properties as well as audience figures for historical documentaries and costume dramas show no signs of abating – I believe the trade will continue to attract people to buy in a broad price range. But we’ll have to adapt. The trade has to keep ahead of the curve technologically as well as predicting and anticipating what markets are going to balloon and take off. If we do that we have a terrific future ahead.