Back in November 2013 Tennants Auctioneers included a dynamic 1925 lino cut print depicting a cricket match by the artist Edith Lawrence. The print generated interest nationally and internationally, selling for £8500 by demonstrating the artistic energy and principles of the period and the Grosvenor School of Art, of which Lawrence was a key member. 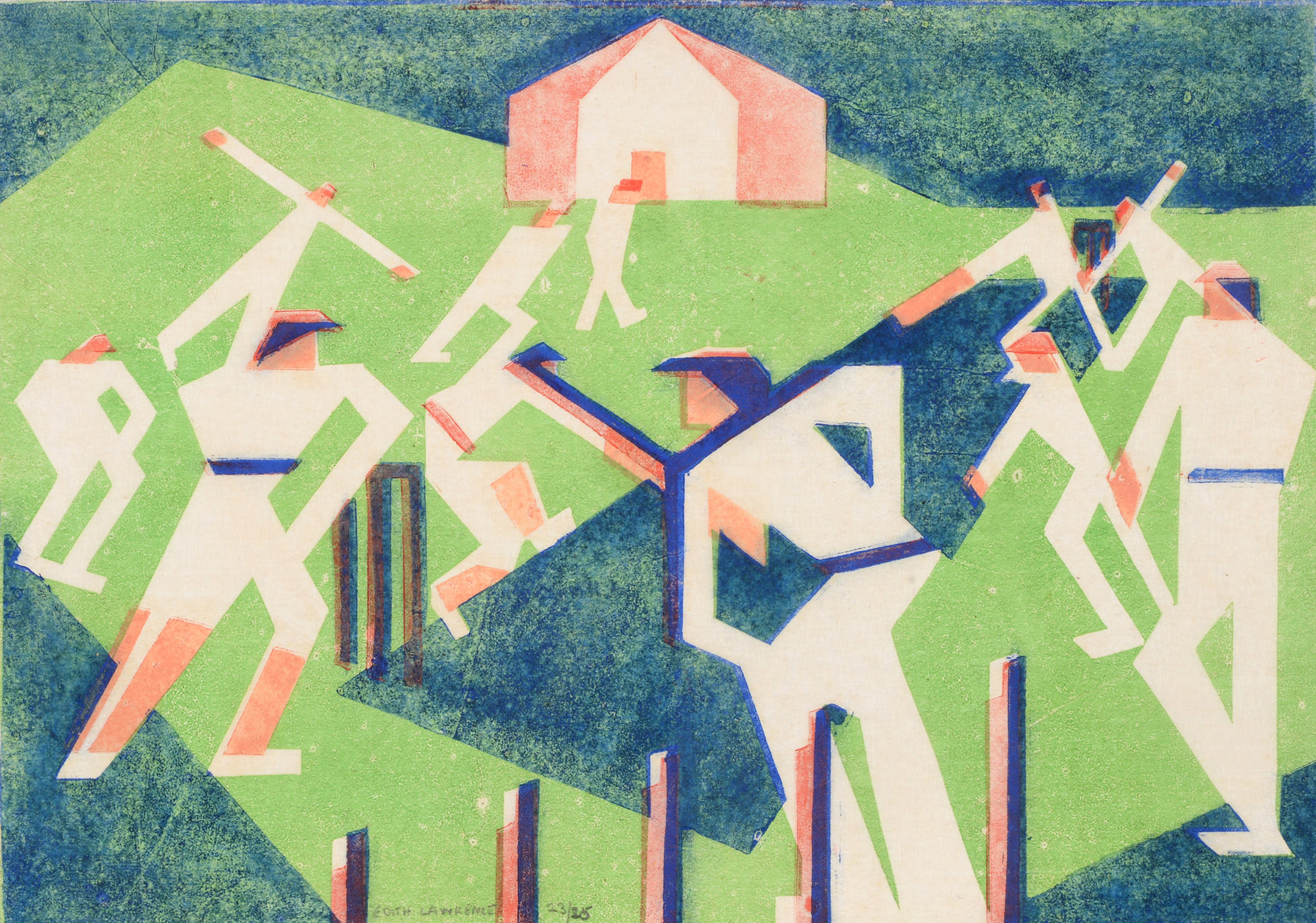 In the wake of the sale, the family of the artist became aware of, and intrigued by its appearance on the market. The relationship which became established between Edith’s great nephew and Francesca Young in Tennants Picture Department, resulted in a tranche of works being consigned for sale in early 2015, including a number of Edith’s watercolours, as well as lino cut prints by herself, Lill Tschudi and Dorrit Black and further illustrative and design works by Edith’s partner and co-head of the Grosvenor School of Modern Art, Claude Flight.

When Barnaby Lawrence again contacted Francesca Young in early June of this year to say that he had unearthed another selection of works, she was expecting a handful of items. When he arrived with countless folios full of Edith’s watercolors and linocuts, more prints by Lill Tschudi and Dorrit Black, in addition to many other examples by Claude Flight, (including original lino cut blocks) for books and publications, Francesca was thrilled to see and examine a fresh to the market, world-class collection of prints and paintings.

Now the first part of the collection, of just over 80 lots, will be offered in the Summer Fine Art Sale on 22nd & 23rd July and is wholly representative of the relationship between Edith and Claude Flight and the rapport they forged with artists such as Lill Tschudi and Dorrit Black. The offered works also illustrate the Grosvenor School’s influences.

Although inspired by the Futurists and Vorticists, Claude Flight strove to create a more harmonious modern aesthetic through the use of colour, and as he stated when interviewed in the Golder’s Green Gazette, London in 1927, “simplicity, unity and harmony”. While still a celebration of rhythm, movement and speed, the Grosvenor School linocuts produced by Flight and his contemporaries are less austere depictions of modern life and a more optimistic reaction to the end of WWI.