There are many approaches to collecting works of art. Some very wealthy collectors aim for only the top examples in each field. 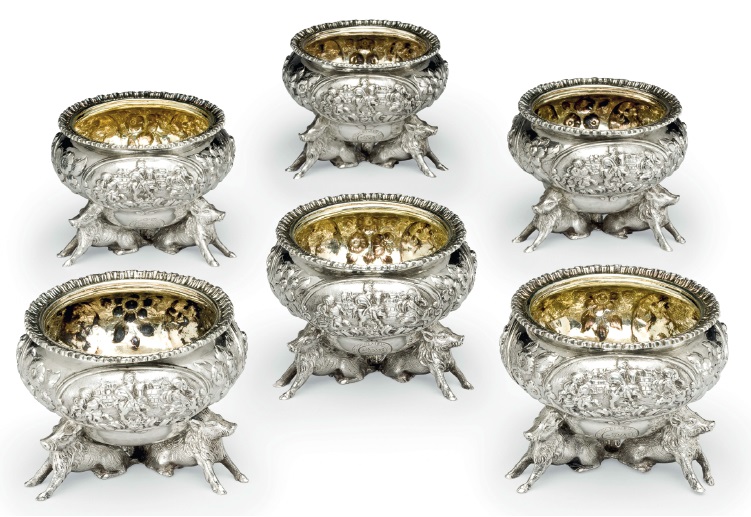 Others concentrate on a single area, refining their collection over many years, acquiring knowledge in the process. For many, works of art are a major part of the overall interior design of their home, enhancing rooms while giving the pleasures of acquisition and ownership.

Personally, I delight in collecting silver for use in everyday life, such as a set of silver tumblers I commissioned with gilded interiors to allow wine to be drunk from them, and a table service of cutlery in the Old English pattern. Such pieces can be a starting point for a collection that can be both used and displayed.

Silver has traditionally been central to decorating the table for a dinner or banquet. Today’s collectors tend to use silver either to create stylishly set modern tables decorated with one or two carefully chosen pieces matched with modern objects, or to emulate the styles of the 18th and 19th centuries with ornate centrepieces, tureens and candlesticks, often laden with fruit and flowers. 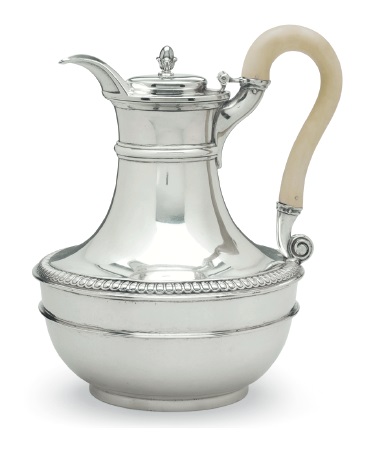 At the grandest end of the spectrum are the great royal and aristocratic pieces, such as those Christie’s sold from the Royal Prussian Collection: vast quantities of silver and porcelain commissioned for the Kaiser’s many palaces. In 2013, when we displayed the Maharaja of Patiala’s magnificent and lavish service, commissioned from the Goldsmiths and Silversmiths Company for a dinner in honour of the Prince of Wales, the dessert stands and centrepieces were decorated with Indian-inspired ornament and piled with exotic fruit. The effect was breath-taking.

If you are furnishing a dining table, your starting point should be the knives, forks and spoons. Condition is of paramount importance. Heavily-worn 18th century silver may be too fragile, and Victorian or Edwardian services in popular patterns such as Old English, Fiddle and King’s more practical.

Rarer patterns appeal to some collectors but can prove difficult and expensive to add to if you later decide to enlarge the service.

No dinner table is complete without candlesticks; some, for instance, by the 18th-century makers, John and William Cafe, can be bought for £1,500 a pair. If larger candlesticks or a more architectural model appeal, neoclassical examples of column form are a good choice. Pieces by provincial silversmiths in Birmingham and Sheffield are less expensive. Candelabra that can be used with or without their branches are a versatile idea — prices for 18th-century pairs start around £5,000. 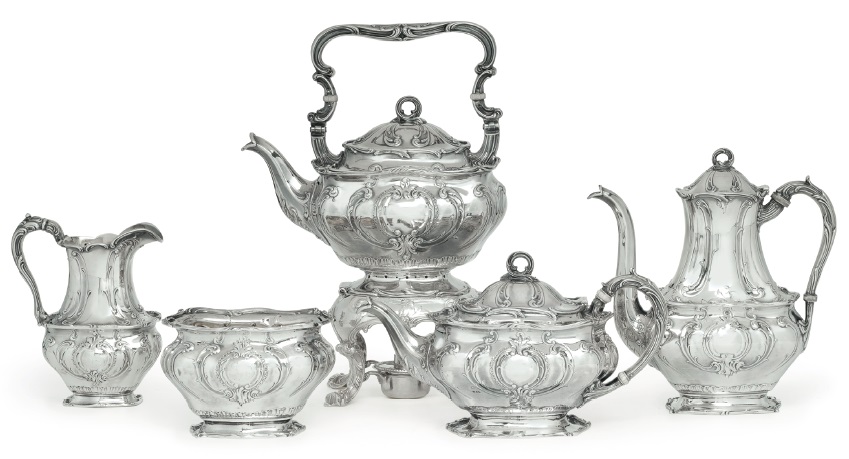 Augmenting candlesticks with a centrepiece such as a basket or tureen would complete the basic framework of your table setting. To this you could then add salt cellars, mustard pots and pepperettes. A grander room might call for pairs of wine coolers, large salvers or soup tureens on the sideboards. Country house collections are invariably made up of pieces from many different eras and styles, so no particular period or pattern need be adhered to.

It’s the one unavoidable question: cleaning. In reality, cleaning silver is easier and much more straightforward than people think. Good polishes remove tarnish with little abrasion and have inhibitors that help prevent new tarnish forming. If the silver is not on display, it is best to store it in as air-proof an environment as possible, kept away from damp and baize in bags that help to stop dents, dings and scratches. In many ways silver, like fine porcelain and glass, is best hand-washed

The condition of pieces is always important. Candlesticks that have been dropped may not be perfectly vertical or may rock. Baskets that have been damaged may have solder repairs to the handles. Minor repairs do not cause a problem but heavily repaired examples are best avoided.

Jeweller’s rouge — a particularly abrasive polish, used by over-zealous butlers in the 19th century — may have rubbed away the details of the decoration, either cast or chased, or the hallmarks. This affects the value of the piece, as does the removal of a crest or coat of arms. If the engraving was particularly deep, the erasure can make the silver noticeably thin. As with all works of art, age, condition and rarity help to determine a piece’s value. There is a huge range of pieces and prices, and specialists can explain the reasoning behind the estimate for a piece and its suitability for use, so it’s always worth asking.