The Art & Antiques Fair, Olympia closed its doors last Sunday after a successful week of sales, with both American trade and private buyers in evidence on the preview night. 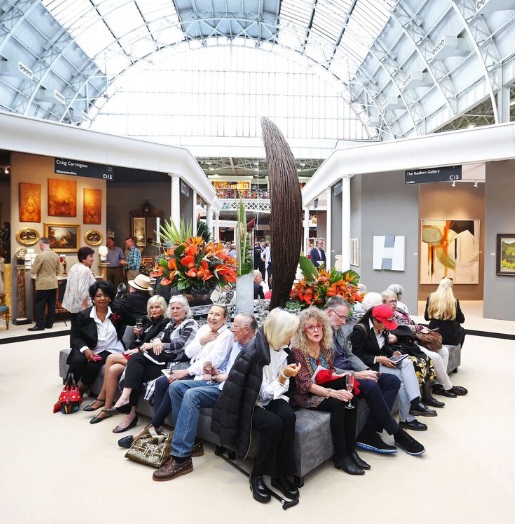 Furniture sold particularly well with a table owned by Orson Welles, which was sat around by the likes of Frank Sinatra and Ernest Hemingway, selling for around £25,000 to a well-known New York decorator from the Wakelin & Linfield stand.

Furniture dealer, Pearse Lukies, commented on the presence of American billionaires who were “willing to spend” while Mayfair jewellery dealer and long-standing exhibitor, Anthea A G Antiques remarked on a “good crowd”, saying that visitors had praised the “interesting stock for sale”. She said that signed pieces were selling particularly well, along with jewellery of the 60s and 70s.

The fair also featured the addition of SOFA LONDON for the first time – a new section dedicated to sculptures, objects and functional art and design. 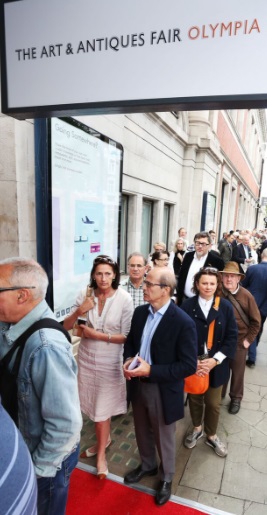 Mary Claire Boyd, Fair Director says: “There was an inevitable sense of apprehension prior to opening, and considering recent events the dealers are pleased with the volume of sales overall and the calibre of new clients, especially international buyers. The fact that there has been good trade business is very encouraging for the market.  The dealers brought an impressive selection of stock to Olympia that has been well received by our visitors.

“It is interesting that our shippers, Stephen Morris, did most of their Fair business to the US and China. London is a definitive destination for arts and antiques buyers at this time of year and this is reflected in the international sales at the Fair.” 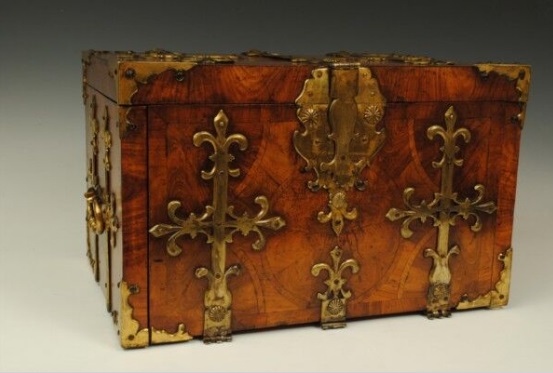 Sales got off to a flying start on preview day with Hansord selling eight pieces priced from £300 up to five figures including a King Wood Coffre Fort from 1690 that is en-route to its new home in a Manhattan, Park Avenue house.

New exhibitor, Paul De Grande from De Grand Antiques said, “I have never exhibited at the Fair before and I have made lots of wonderful new contacts that have come over from the States for the art season. The feedback for our stand and pieces on sale has been hugely positive so we are looking forward to next year.”

Pearse Lukies sold an 18th century kneehole desk, as well as a mirror and a table at the start of the fair, while Irish dealer John Carroll sold a very large pair of giltwood George II mirrors on opening night priced at six figures. London-based furniture dealer, Thomas Woodham Smith sold a Russian chandelier to a US Decorator.

Lighting specialist, Christopher Butterworth said, “I’ve sold more lighting than ever before at Olympia and I think the layout of the fair is hugely improved.”

20th century design specialist, Omnipod, sold their iconic Costella chair as a result of the pre-fair marketing and also sold a picture, a pair of lamps and a couple of stools early on. An Italian neoclassical commode with marble top dated c1800 was sold by Craig Carrington (in the region of £40,000), along with other marble and bronze objects to a selection of US and UK decorators with clients. 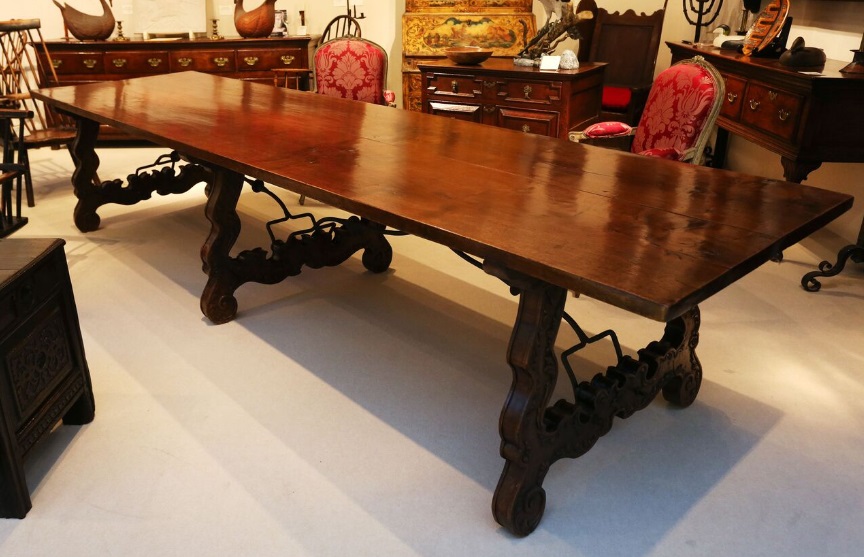 Art Deco specialist, Jeroen Markies sold a 20th century Italian console table from the 1970s in walnut, brass and glass to Sydney, Australia and a three piece Art Deco suite for £14,500 as well as other pieces of furniture and sculpture. Patrick Sandberg sold a late 18th Century Sheraton period rosewood cylinder Bureau. Kate Thurlow sold all her Italian early furniture including four chairs and two tables as well as a Spanish table from 1660, with the majority of sales going to customers outside of the UK including, Australia, US, India and Mongolia.

Howard Walwyn from Howard Walwyn Fine Antique Clocks said of the 2016 fair, “The quality of people coming through has been very high.” He went on to add that, “the Fair running in parallel with Masterpiece is a successful formula.” He sold his star piece, a Christopher Gould Queen Anne walnut miniature longcase clock and a number of lantern clocks.

Richard Price sold two French empire mantle clocks both in excess of £10,000, other French mantle clocks and five carriage clocks including an English double fusee example. He is also expecting significant after sales. 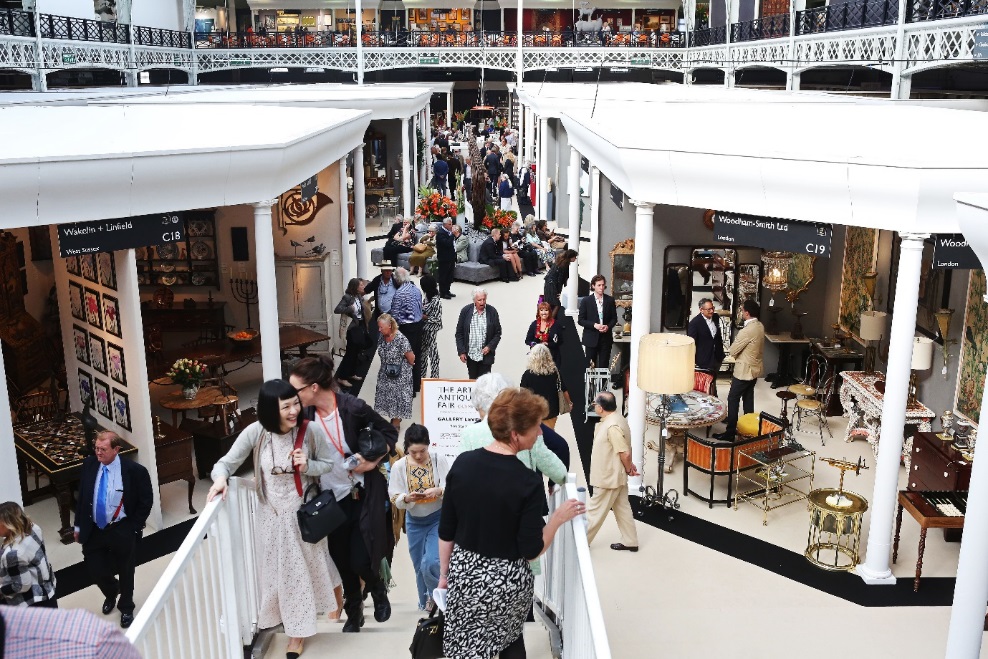 Art dealer, Charles Plante noted that the more traditional artworks were selling, he sold 23 pictures in total including 18th century architectural drawings and old master drawings. One work went to an important New York museum and others to American private buyers and the UK.

It was the first time that SOFA LONDON took place at the Fair, an area filled with an elite selection of global dealers presenting for sale one–of-a-kind masterworks. Exhibitor, jaggedart sold a work by Rachel Shaw Ashton to a private buyer in Notting Hill while Alessandro Lorenzetti, Gallery Director at the Albemarle Gallery, said, “The visitors have been really impressed with the quality of the Fair and the unique designs at our stand.  Our modern pieces have proved to be a fantastic complement to the antiques on offer – adding a contemporary twist to a very well-known and traditional Fair.”

Tribal specialist, Clive Loveless sold to an American decorator on opening night while Glass dealer, Hickmet sold a good number of Art Deco figures including one to an Australian and another piece to a 10 year-old young collector. On Preview day, fellow glass dealer, Brian Watson, started selling 10 minutes after opening and didn’t stop until closing time with pieces going to Japan as well as the UK. Wilsons Antiques sold a beautiful Victorian walnut arm chair to a 28 year-old couple for their late Victorian house in Greenwich.

Joanna Booth sold well all week including a Dutch moneybox (215 cm high), 1650 and a Scottish chest, 1500, to a new Argentinian client.  Philip Carroll sold steadily across the board from Turkish glass to 18th century English porcelain largely to new customers. Fellow porcelain dealer, Alexandra Alfandary sold to a new Chinese buyer and German-based dealer, Galerie Arabesque, sold five large vases including a Delft vase to the UK and Japan, along with a large 18th century yellow embroidery from Canton, China.

The Peartree Collection sold a rare silver tazza designed by Kate Harris to a private buyer for around £5,000 as well as a large Liberty & Co silver and enamel Cymric box attributed to Archibald Knox to a private client, valued at over £5,000. Mary Cooke Antiques declared it a “very good fair” and sold a rare collection of early 19th century snuff boxes and Vinaigrettes amongst other pieces. Over half of her sales were overseas with one to a Hong Kong-based billionaire.

Art Ancient sold a chondrite meteorite discovered in Mali which they describe as “approximately 4.55 billion years old, and is one of the oldest objects humans can touch, selling for around £20,000.” 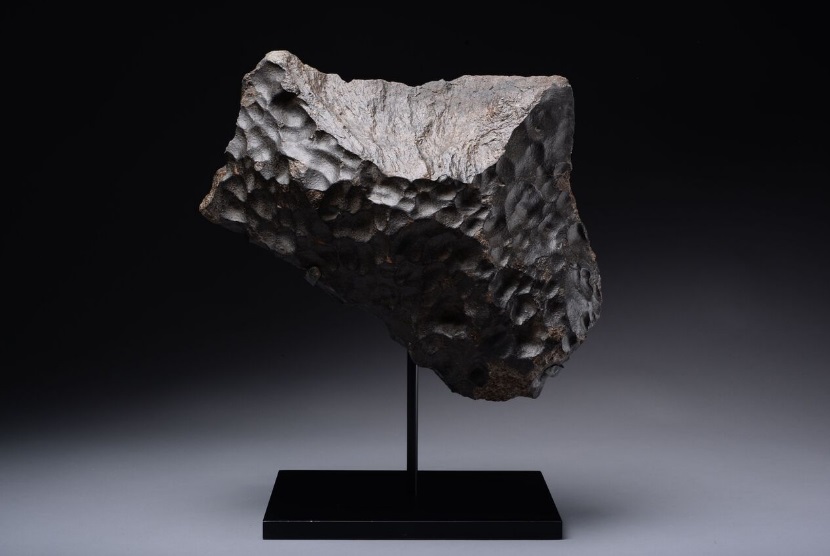 Stephen Morris Shipping reported deliveries going out to China, Russia, both coasts of America, south America and of course the UK but with the most popular destinations being America and China.