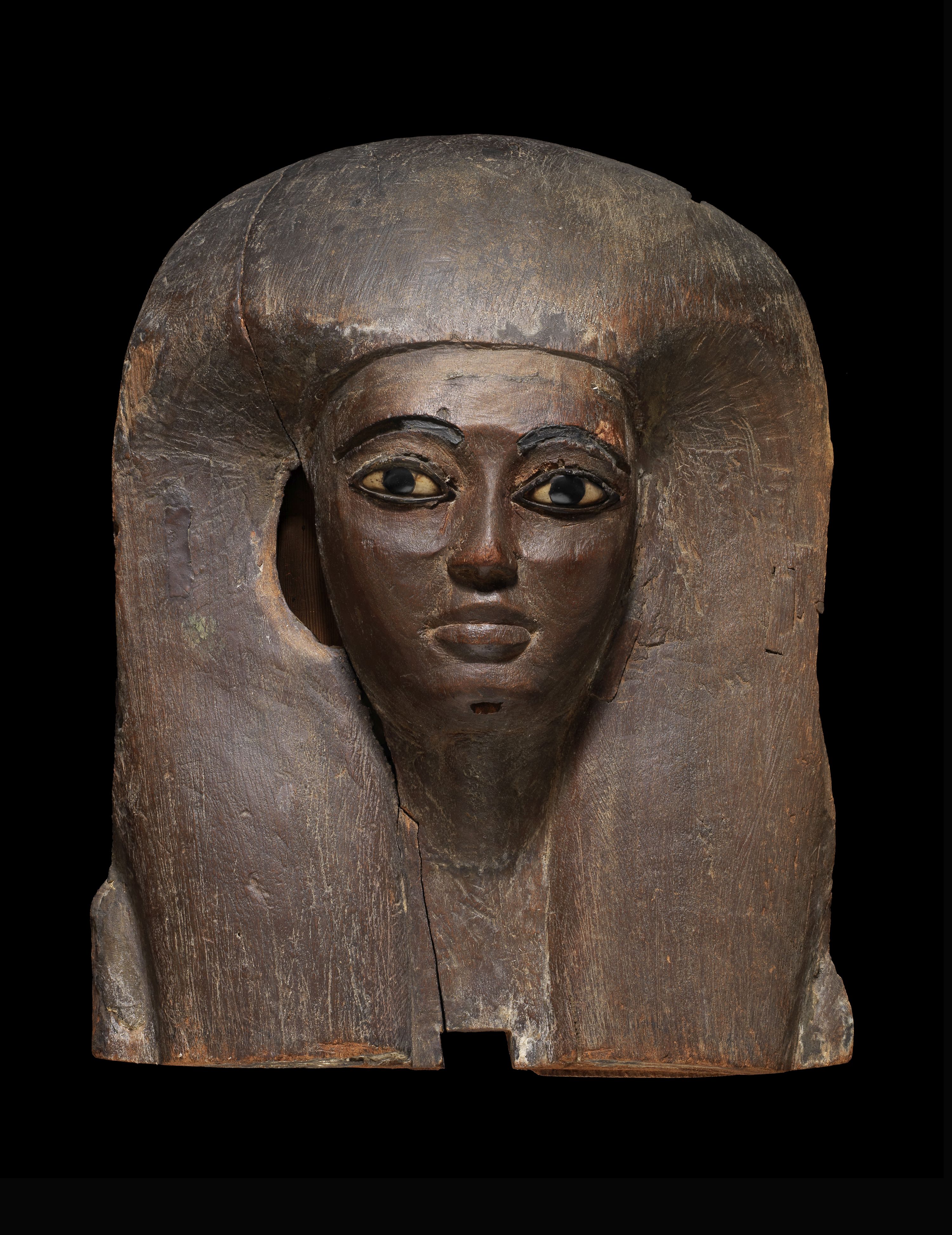 Lady Franklin (1791-1875) is best known for her exploration of Tasmania in the 1830s and for her ceaseless, and ultimately fruitless, efforts to discover what had befallen her husband, Sir John Franklin, who, with his men, disappeared on an ill-fated Arctic expedition to chart the Northwest Passage in 1845.

It is thought that Lady Franklin acquired the mask in Egypt in 1834 when she travelled down the Nile with her friend, the Rev. Rudolf Lieder. The mask was of a person of high status indicated by the fact that the eyes are separately made and inlaid into the wood. In the 1830s, when Lady Franklin visited Egypt, the main sites of excavation were Saqqara, Abydos and Thebes, and it is likely that the mask comes from one of these places. 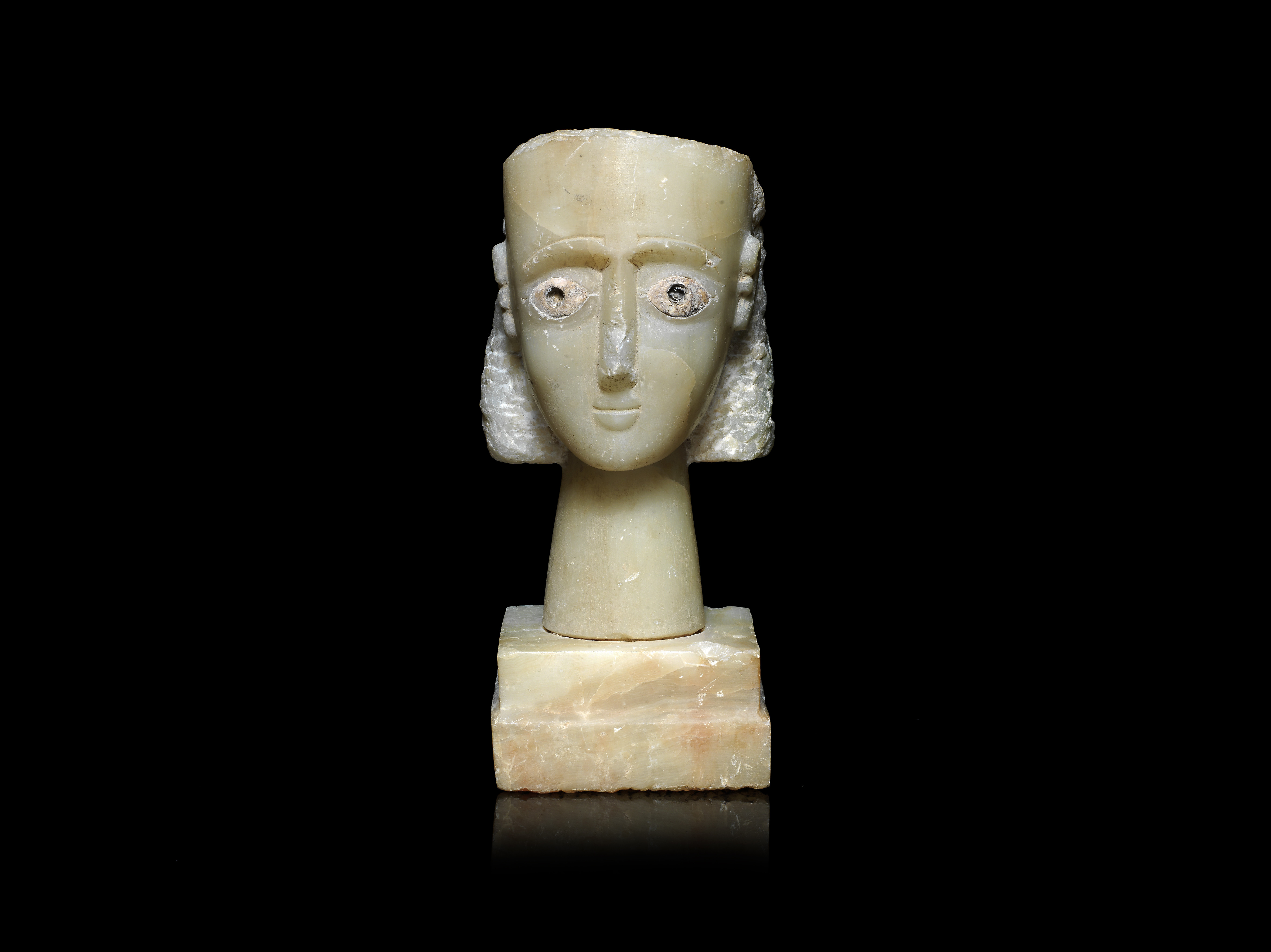 A South Arabian alabaster head of a woman, circa 1st Century B.C./A.D. was sold for £122,500 having been estimated at £12,000-15,000. The piece came from the collection of the late Ralph Daly OBE (1924-2006). In 1955 Daly joined the Colonial Service and was posted to the Aden Protectorates that today form the Republic of Yemen. It was here that he acquired the collection of alabaster sculptures which he took back to the UK on this retirement in 1967 when the Aden Protectorates gained their independence. 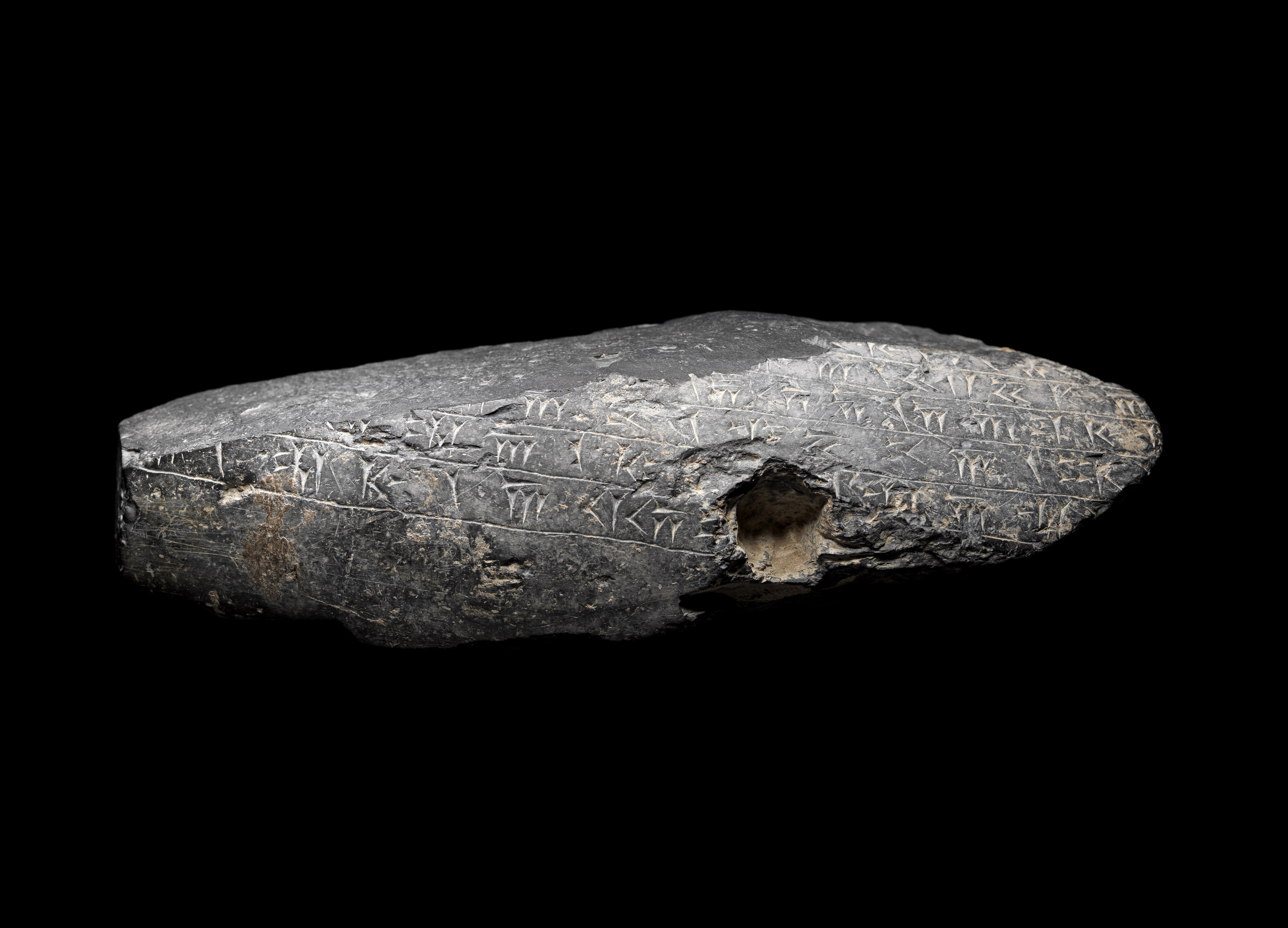 An Achaemenid grey stone inscribed column base fragment from Iran, circa 5th-4th Century B.C. inscribed with six lines of Old Persian text for King Artaxerxes sold for £75,700. It had been estimated at £2,000-3,000. The words acknowledge in the King’s name the Gods’ help in the building of the palace and asks for continued protection from evil for himself and from harm for the building. 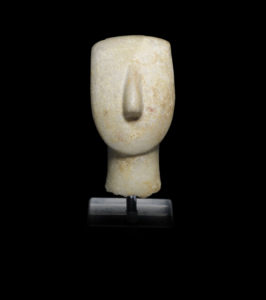 Bonhams Head of Antiquities, Madeleine Perridge, said, “This sale was particularly strong in Greek artefacts and important objects from private collections. These later were among the top selling lots, demonstrating how the knowledge and enthusiasm of private individuals has played a significant role in keeping the past alive and helping to preserve items which might otherwise have been lost.”