The history of Birmingham’s highly successful pen trade will feature in a special exhibition going on display at the summer Antiques for Everyone fair, which starts this week at the NEC, Birmingham on Thursday until Sunday.

A fascinating exhibition will be presented by Birmingham’s Pen Museum and will celebrate the lives of the manufacturers and workers whose expertise placed the city at the centre of the trade in the 19th century. At the height of pen manufacture 75% of every hand-written item in the world was done with a Birmingham-made pen. 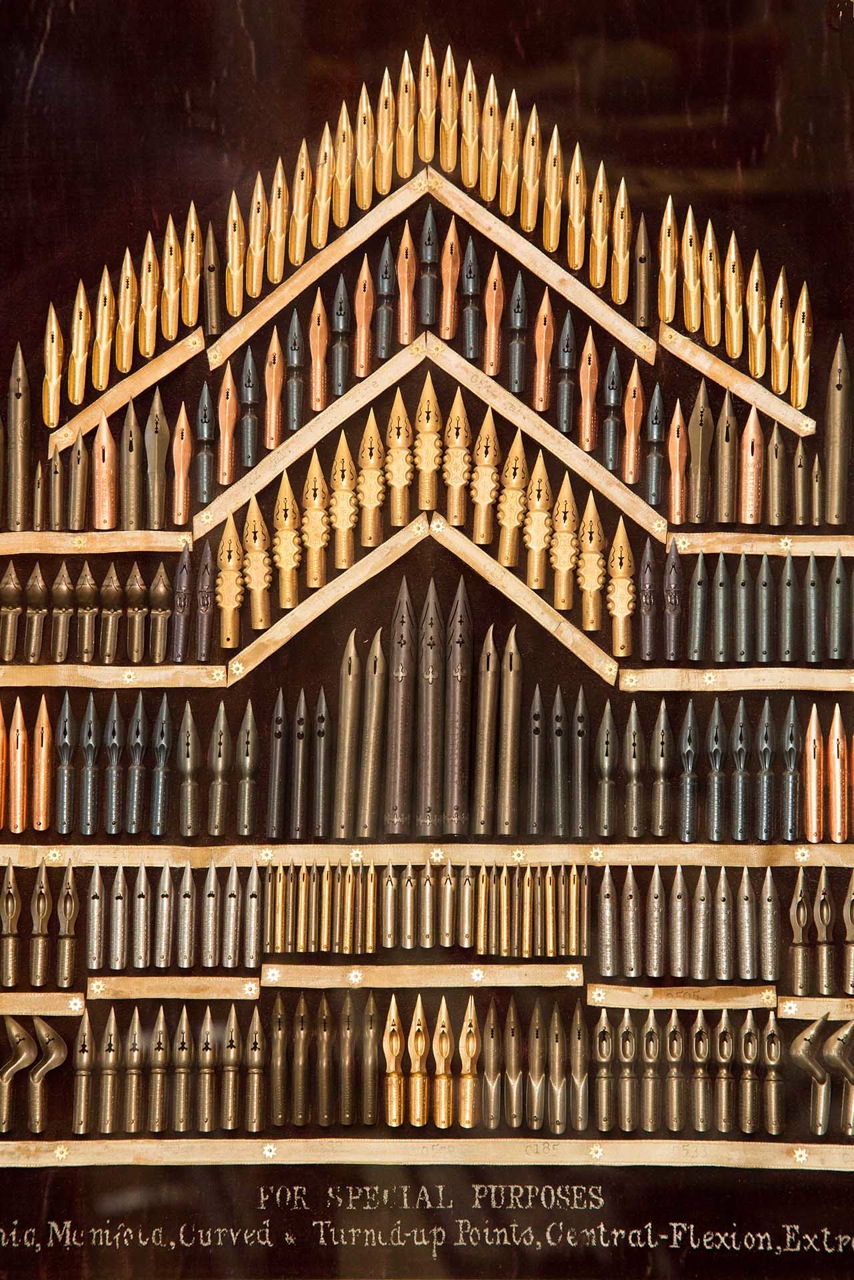 The exhibition will also feature a selection of pieces from the Writing Equipment Society, including a rare silver repoussé snail engraved eyedropper pen hall marked for 1907/8 by Alfred George Harley, Pencil Case Maker of 26 Spencer Street  in the Birmingham Jewellery Quarter. While many pens are engraved, either with the owner’s name or as an advertising piece, this Waterman pen from June 1917 was presented to a William S. Silver from ‘The Orphans of New York’.  The intriguing story of this unusual piece will be explained as part of the Pen Display.

Birmingham’s Pen Museum is based in the famous Jewellery Quarter and celebrates the city’s thriving pen industry in the 19th century. The history of pen making begins in 1780 when Samuel Harrison of Birmingham produced one of the first handmade steel pens for the industrialist Joseph Priestly.  By 1822 John Mitchell became established as one of the earliest manufacturers to have mass-produced pens using hand presses. In the 1830’s, Joseph Gillott, Josiah Mason and John & William Mitchell became major manufacturers in the area.

By the 1860’s there was about 100 companies involved in the trade, although twelve of the larger ones dominated the local area. Employing large numbers of women in purpose built factories these were centred in and around the Jewellery Quarter. By the 1880’s Birmingham was exporting pens to Three Quarters of the world. By 1913 the factories were producing around 1½ billion pen nibs in a 100,000 different varieties. In 1918 the Pen Workers Union was formed and also in that year the Pen Makers Association formed. In 1945 a change to wartime production of spring ammunition clips for bullets. The 1950’s saw the decline of the trade with the competition from fountain and ballpoint pens.

Alongside the exhibition, a number of dealers at Antiques for Everyone will be offering for sale pens and writing accessories.

Antiques for Everyone brings together more than 200 dealers and collectors from across the antiques market, featuring exhibits totalling more than £10 million.