The popularity of East Anglian art is increasing but it is modern artists rather than the Old Masters who collectors should snap up, says Daniel Wright from Colchester auctioneer Reeman Dansie.

Recent East Anglian art sales suggest an emerging trend, with the modern British artists who have for a while been the mainstay of London art sales increasingly becoming the most sought after targets for dedicated East Anglian Art auctions. 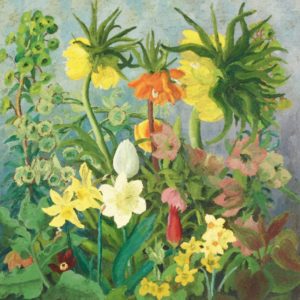 As I write I am currently cataloguing works for Reeman Dansie’s next dedicated East Anglian art auction. While we will be offering a firm nucleus of good works by the 19th-century favourites John Moore, Thomas Smythe, etc, and others by the 20th century heavyweights Munnings and Arnesby Brown, increasingly collectors are targeting modern British artists and we anticipate a great number of bids for our John Nash (1893-1977) watercolour of Butley forest, estimated at £3,000-5,000.

The region is well represented for modern British artists with the likes of Mary Potter (1900-1981), Peter Coker (1926-2004) and Mary Newcomb (1922-2008). Pockets of local artistic communities sprang up in the post war period and at Great Bardfield and Wivenhoe in Essex, artists were thick on the ground, likewise in Aldeburgh, Snape and elsewhere in Suffolk.

In Suffolk’s medieval Hadleigh in the middle of the last century, Cedric Morris (1889-1982) ran his East Anglian School of Painting and Drawing. Lucian Freud (1922-2011), Denis Wirth-Miller (1915-2010), Maggi Hambling (b. 1945) and others started their careers here. Morris was keen that the artistic production should be as free from commercial restraints as possible. Tales abound of Lucy Harwood’s (1893-1972) paintings being purchased at local village fetes for a pound or two.

Cedric Morris was always considered to be important, but prices have grown incrementally, with two successive auction records this year topping £40,000. The success and continued relevance of East Anglian Art auctions is unquestionably due to a wealth of artistic heritage, the artistic lineage persisting over centuries, rather than a brief flourishing which may describe the principle artistic heritage of certain regions.

One thought on “A collector’s guide to East Anglian Art”