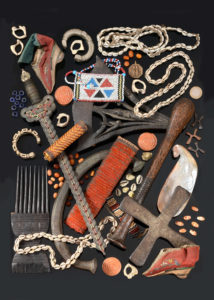 Tennants auctioneer’s Militaria & Ethnographic Sale next Wednesday includes an interesting collection of curious/primitive money from the late medal collector S.G.M Adams. Twenty one lots of the foreign currency or barter items will go under the hammer as part of the tribal weapons and ethnographica section of this large sale. 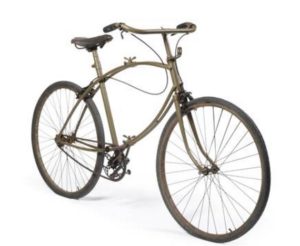 Elsewhere, other unusual items in the sale range from African Manilla’s and Solomon Island shell rings, to armbands and combs and a rare ancient Indian piece of Lac currency, made of sealing wax. Further interesting lots include a 19th century Fijian Chief’s whale tooth tabua, which is the highest token of respect one can receive in Fiji; a 19th century war club, in a dense hard wood of reddish colour with large toadstool shape head; and a carved Walrus tooth seal/fish killing club, which is possibly Inuit and of apparent great age. 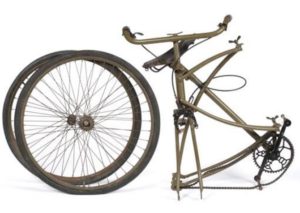 Collectors of unusual military transport or cycling might be interested in one of the earliest types of folding bike: a BSA Airborne Paratrooper’s folding bicycle. Also known as the ‘parabike’, Oonagh Drage, specialist cataloguer, said “It was used during the Second World War by soldiers, who after jumping out of a plane would assemble the bike when on the ground as an instant form of transport.”

Also going under the hammer are medals, cap badges and militaria.