Devotees of Scandinavian design will look forward to Phillips‘ autumn auctions of Design taking place in London later this month. 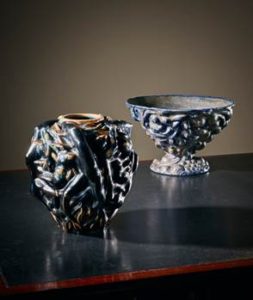 One highlight of the sale are three rare glazed stoneware works by Danish artist Axel Johann Salto (1889-1961), which will be offered at auction for the first time, two coming directly from the artist’s family. ‘The Italian Bowl’, is thought to be the original, made in the Saxbo workshop in 1931-1932 (estimate: £50,000-70,000. The ‘Sommervase’ was first produced by Royal Copenhagen in 1931, and the present example was made in 1957 and presented by Salto to his daughter Naja Salto, the distinguished artist, as a gift for her 14th birthday in 1959.

Alexander Payne, Worldwide Director of Design, Phillips, says, “Nordic Masters presents an unprecedented offering of Nordic Design to be auctioned in London. Featuring museum-quality pieces by Scandinavian master cabinet makers, ceramicists, glass makers and architects, the sale is led by a curated collection of early works by Poul Henningsen. These are exceptional in age, scale, condition and provenance and symbolise our approach to offering unique and important pieces of design which appeal to the greatest connoisseurs and collectors.”

The sale also features key works by other leading designers and artists, including:

A curated collection of ten early important works by Poul Henningsen, led by one of only three known remaining examples of the ‘Paris’ lamp. The ‘Paris’ lamp, was celebrated for its innovative distribution of light after Henningsen and his 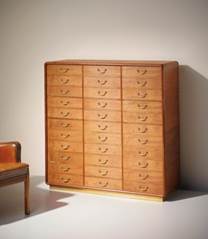 manufacturer Louis Poulsen spent years perfecting and experimenting with layered shade design. The ‘Paris’ lamp can be considered the progenitor for the “system of lamp shades that completely surround the source of light so that no radiating rays can meet the eye directly.” Estimate: £70,000-100,000.

Arne Jacobsen’s Unique chest of drawers was designed for the villa at Vedbæk Strandvej 464. The villa, built in 1933, is one of the first projects Jacobsen designed in its entirety, working on both the building’s exterior and interior furnishings. The chest of drawers, which stood in the bedroom of the villa, is a rare collaborative work between Rud. Rasmussen and the young architect. Estimate: £70,000-100,000. 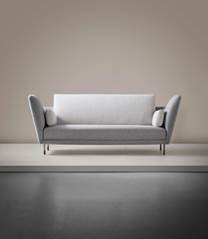 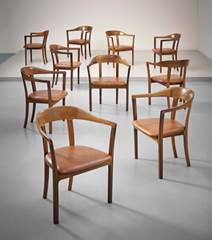