The Winter Art and Antiques Fair Olympia returns for seven days from October 31st, and its 26th outing looks set to give art and antique enthusiasts to find rare items, many of which have never before been displayed.

With pieces on sale ranging from fossils from the Jurassic period to funriture styles from the late 20th century, we’ve picked out five highlights pieces from the Fair. 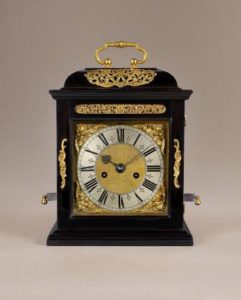 A  Charles II period hour striking and repeating spring table clock, signed by Joseph Knibb. Circa 1680-1685, the clock’s height is 30cm (12 inches) and will be exhibited by Harold Walwyn Fine Antique Clocks.

This stylish brass and glass metamorphic occasional coffee table has two tiers. Made in France during the 1950s, the table’s height is approximately 40cm (16 inches) and it has a diameter of 70cm (28 inches. It is being exhibited by Thomas Woodham Smith. 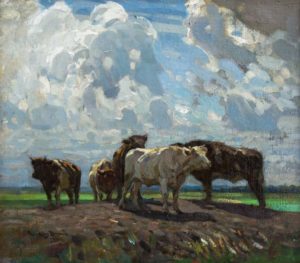 An oil painting entitled Study for Silver Morning by Sir John Arnesby Brown, who represented Britain at the Venice Biennale in 1934. The work is an oil on canvas from 1909 and measures 35cm x 40cm. It is being exhibited at the Fair by George Babbington. 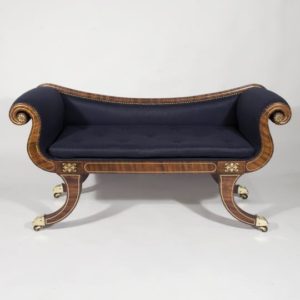 mahogany and brass inlaid sabre-legged window seat was made around 1815 and still looks beautiful today. It is exhibited by Wakelin & Linfield.