Sydney auction house Mossgreen has announced the auction of The Raphy Star Collection of Important Asian Art in December. Featuring rare sculpture, including one of the earliest examples of Indian Buddhist sculpture, ceramics and works of art, the collection is valued at $3-5 million, making it one of the most valuable and significant to be offered at auction in Australia.

Highlights of the collection will tour to Melbourne, London and Hong Kong prior to the auction in Sydney on Sunday 11th December.

Over a thirty-year period, the collector traveled the world to acquire rare pieces, visiting various countries across Asia, including China, Vietnam, Afghanistan, India and Japan. Inspired by the refined aesthetic beauty of Asian Art, particularly Buddhist Art, he said, “collecting became something of an addiction” and “the beauty of these pieces lies in their anonymity.” 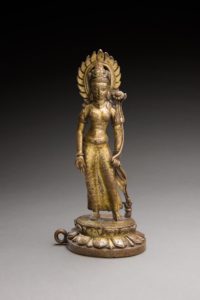 Leading the auction is an exquisite Nepalese bronze parcel-gilt standing figure of Tara, 9-10th century (estimate: $150,000-200,000). The rare piece, standing in the traditional ‘Tribhanga’ pose upon a round, lotus pedestal, wears a transparent robe and a three-leaf crown. 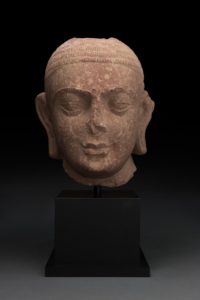 Other major highlights include a rare Chinese polychrome wood sculpture of a Bodhisattva, Song Dynasty, 11th Century (estimate: $100,000-150,000). Seated in the lotus position, with its head tilted to one side the serene figure is 47cm tall. A large Khmer sandstone sculpture of Vishnu, Baphuon style, 11th century (estimate: $120,000-150,000) is a majestic, four-armed deity which stands at over 90cm tall.

Another Nepalese treasure is a rare, bronze standing figure of Avalokitesvara, 10-11th century. Finely cast with a sensuous, curved body, the hair in a high chignon behind a three-point crown, this striking piece is 26.5cm high (estimate of $100,000-150,000).

Paul Sumner, CEO of Mossgreen, said: “Mossgreen is honoured to present this fine collection to the international market. It is without doubt the most important and diverse collection of Asian Art to have been offered at auction in Australia and we expect a high level of interest from discerning collectors and institutions all over the world.”

The auction will be followed the next day by a second collection of Chinese Works of Art and Scholars Objects which includes exquisite bamboo and wood carvings from the early Qing Dynasty, bronze seals, small jades, and other rare and unusual pieces.