Specialists at Australia’s Mossgreen auction have discovered a rare Ming Dynasty banknote hidden within the cavity of a 13th Century Chinese Sculpture which is coming to London for viewing next month. 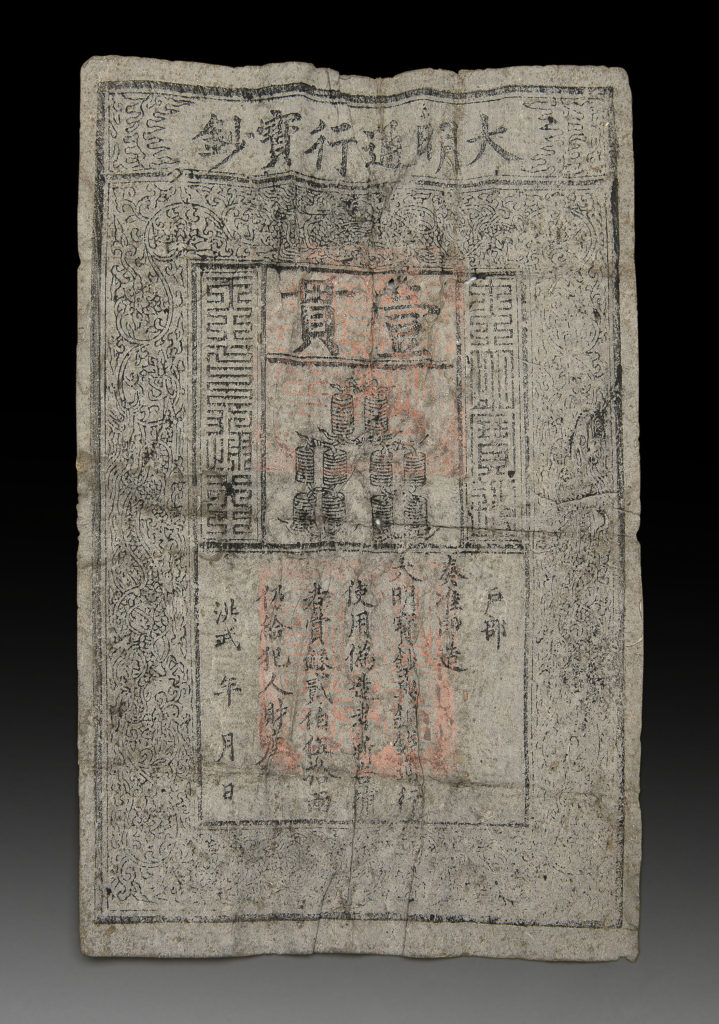 The crumpled banknote was found inside the head of a large, Chinese wooden sculpture of a Luohan which is to be offered at auction by Mossgreen as part of The Raphy Star Collection of Important Asian Art on December 11th in Sydney.

Specialist Ray Tregaskis, Head of Asian Art at Mossgreen said, “It was a thrilling moment. While it was not unusual for consecration items such as semi-precious stones or scrolls to be left 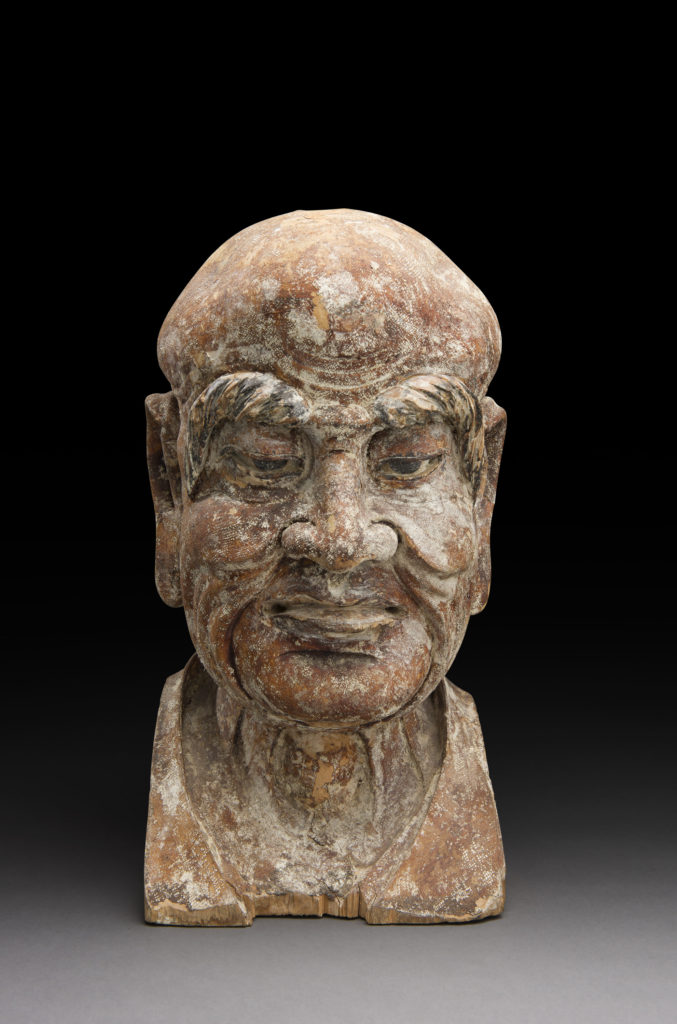 within the base or on the back of a sculpture, the discovery of this rare Ming Dynasty banknote is an exciting one and importantly, it verifies the date of the sculpture.”

Luohan is a Chinese word used to describe those who have completed the four stages of Enlightenment and reached the state of Nirvana. The facial features in this image of Luohan are superbly defined, and it wears a wise, serene expression.

The banknote found inside the sculpture is stamped with three official red seals and dated the third year of the Ming Dynasty, the Hong Wu period (1368-1398). The note is inscribed “Da Ming Tong Xing Bao Chao”, “Yi Guan” and the lower section is inscribed, ‘Authorized by the Department of Finance, this bank note has the same function of coins, those who use counterfeit bank note will be beheaded, the whistle-blower will be rewarded 250 Liang silvers plus all the properties of the criminal. The third year of Hong Wu period.’

The Ming Dynasty ruled their empire for almost 300 years, during a prosperous time which saw increased trade and industry with Europe.

The Raphy Star Collection of Important Asian Art will be followed by a second collection of Chinese Works of Art and Scholars Objects featuring exquisite bamboo and wood carvings from the early Qing Dynasty, bronze seals, small jades, and other rare and unusual pieces. This second auction will take place on Monday 12 December.