The world auction record price for a ‘castle-top’ card case sold at auction was beaten not once, not twice but three times at Salisbury salerooms, Woolley & Wallis recently. 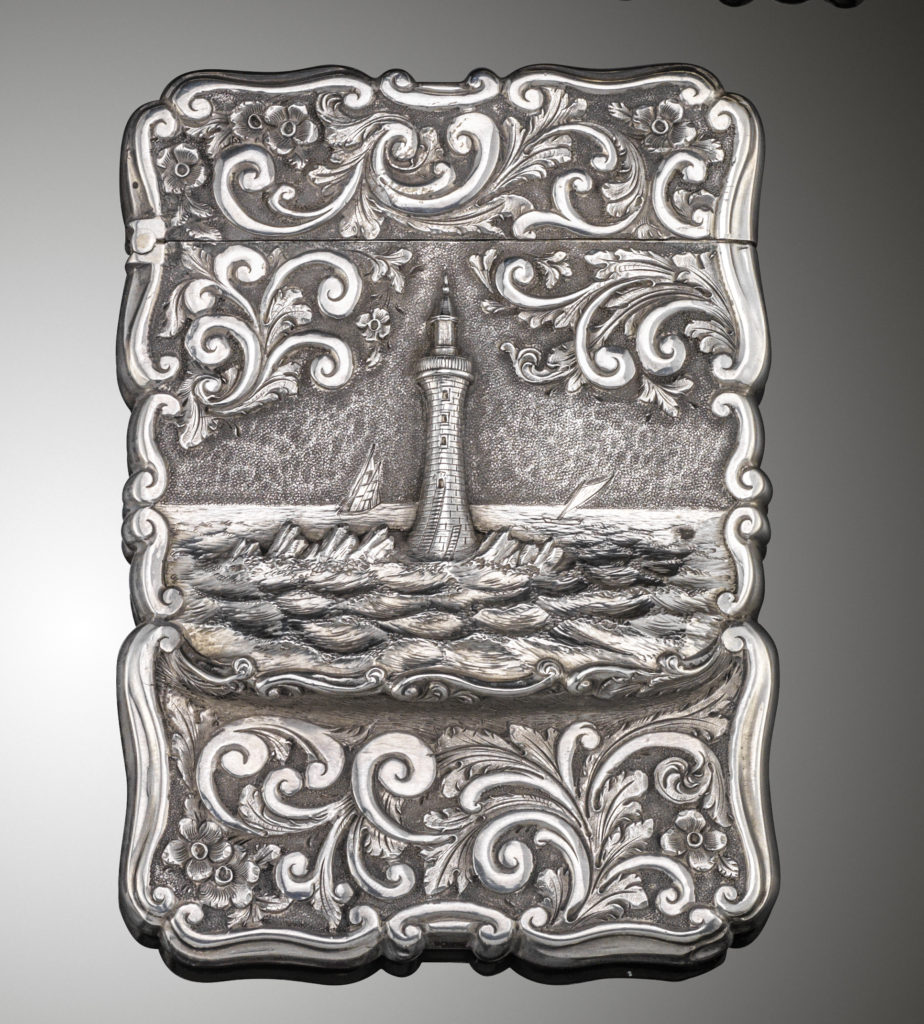 Visiting cards were a prevalent feature in Regency and more so Victorian society and life. They served not only as a letter of introduction or aide memoire, but also as an indicator of social class and good manners.

Cards would be of different sizes; unmarried and married men the card would be small, for married persons the cards would be medium sized.  In the late 18th and 19th century, a card case was an essential article of personal equipment and would be chased or engraved to the front. They were made of different materials but the most desirable were, and would appear to be still, the silver ‘castle-top’ card cases. Embossed and engraved with British landmarks, often buildings, the rarer the building or setting depicted the more demand. 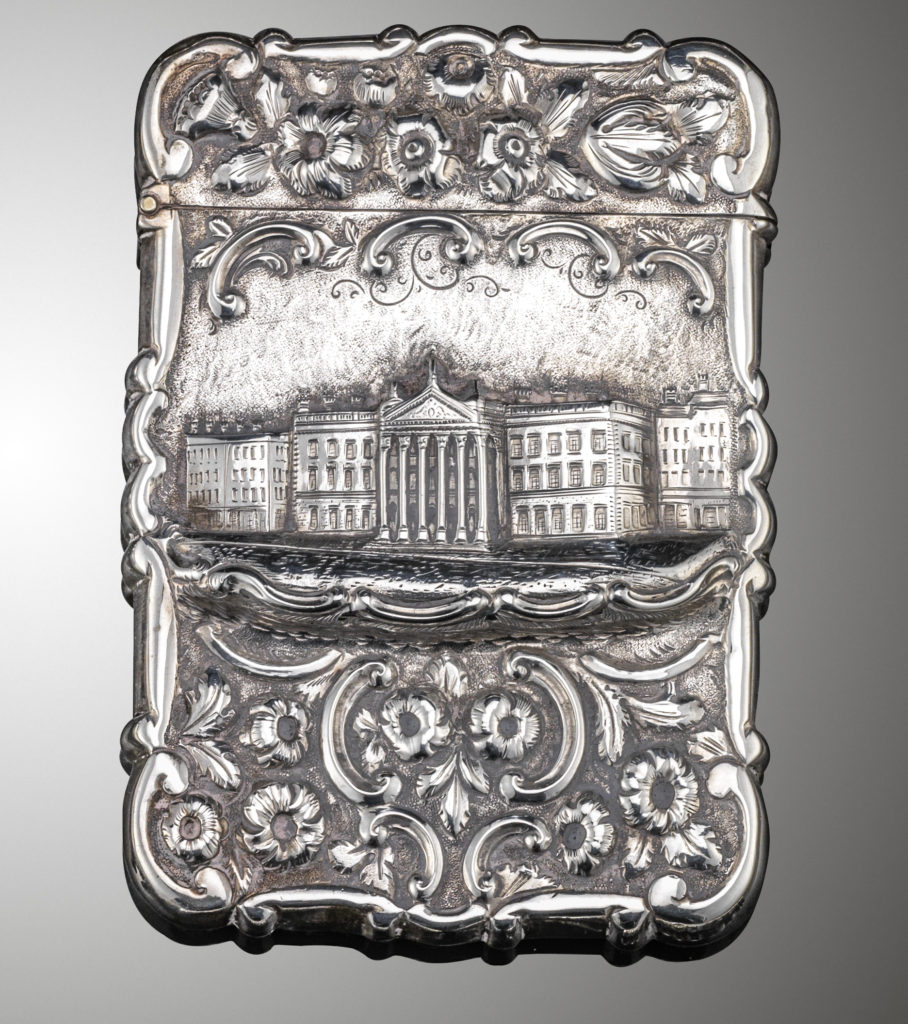 Arthur Holder (1918-2016) returned from the war where he served with the Royal Artillery 8th Army. He set up his own estate agency in Mansfield and didn’t retire until he was 84. He began collecting in the late 1960s as a hedge against inflation. His fascination with silver was its connection with history, and the opportunity to study the social customs and lifestyles of the past centuries.

In 1971 he took a silversmithing class at Chesterfield College and remained a student until he was 96. Some of his own work was offered as Part I of his collection. Parts Two and Three will be offered at auction in January and April 2017.

Three lots exceeded the previous auction record of £8,500 for a case which sold in 2014. The first was of Eddistone lighthouse, by Nathaniel Mills, marked as Birmingham 1849, the second was George Unite, marked Birmingham 1858. Both sold for £9,200.

The highlight was of The Post Office, Dublin, by Alfred Taylor, Birmingham 1860. The rarity of the engraving and good condition of the piece, together with the crest being used by a number of families including: Arthur, O’Fallon, O’Donovan, Marlay and Stratton ensured several internet bidders, a busy saleroom and collectors on the phones for this excellent example, which sold for five times the top estimate at a hammer price of £9,800.

Proving just how knowledgable and discerning a collector Arthur Holder was, this first part of his collection had a 92% sold rate and a sale total of £703,620 (premium inc.) The sale took place on 25th October 2016