A unique collection of rare and candid photographs from the wedding of Edward VIII and Wallis Simpson are set to create international interest when it goes under the hammer at Sussex auction house, Bellmans Auctioneers. 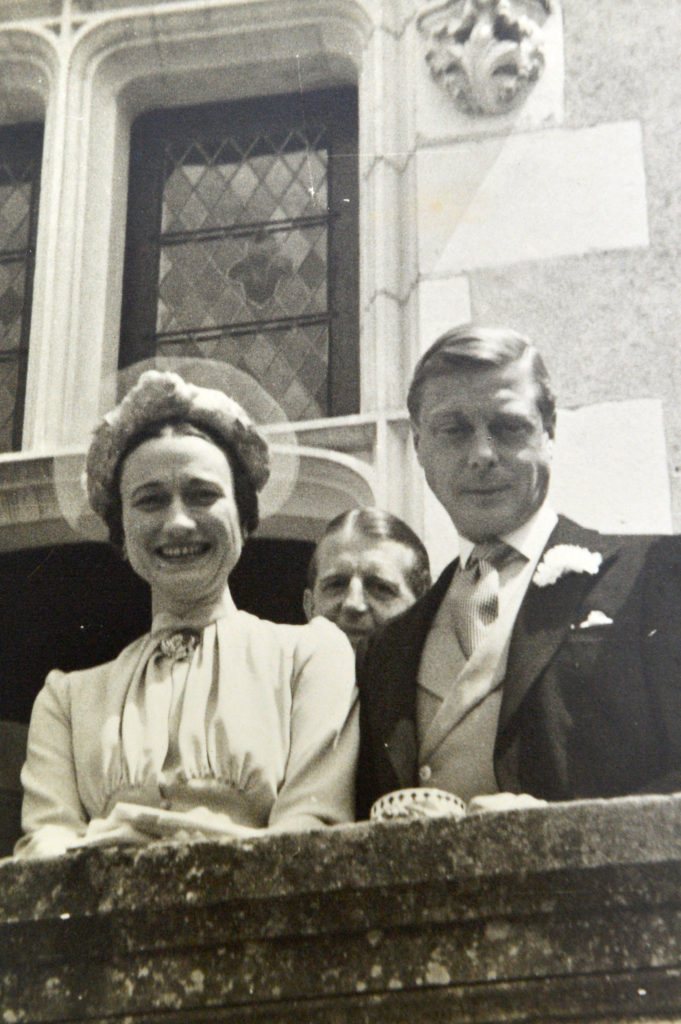 The collection comprises a group of seventeen original photographs, catalogued as showing “the marriage of Edward, Duke of Windsor to Mrs Wallis Simpson, 3 June 1937, at the Chateau de Cande, Near Tours”. The black and white images include the library and music room (for the civil and religious ceremonies), several of the couple with their guests assembled on the Chateau’s upper terrace, two of the wedding breakfast table (one with seated guests), and some showing the floral arrangements (by Constance Spry – her wedding gift to Wallis). The lot has been attracting local, national and international interest, and is estimated to realise £4,000-6,000.

Apart from a total boycott by the British Monarchy, very few of the other invited guests attended. Those who were present included Charles and Fern Bedaux (hosts and the Chateau owners, the former later arrested for alleged Nazi collaboration and committed suicide); Major (‘Fruity’) Metcalfe – the best man, and Lady Alexandra his wife – the unofficial photographer of the day, filmed in action by British Pathe Newsreel; Herman Rogers – who gave the bride away, and his wife Katherine. Other guests in the images are the redoubtable ‘Aunt Bessie’ (Mrs. D. Buchanan Merryman, Wallis’s aunt); as well as Walter Monckton – The Duke’s confidant and close adviser; the Baron Eugene Rothschild with his wife, and Randolph Churchill. 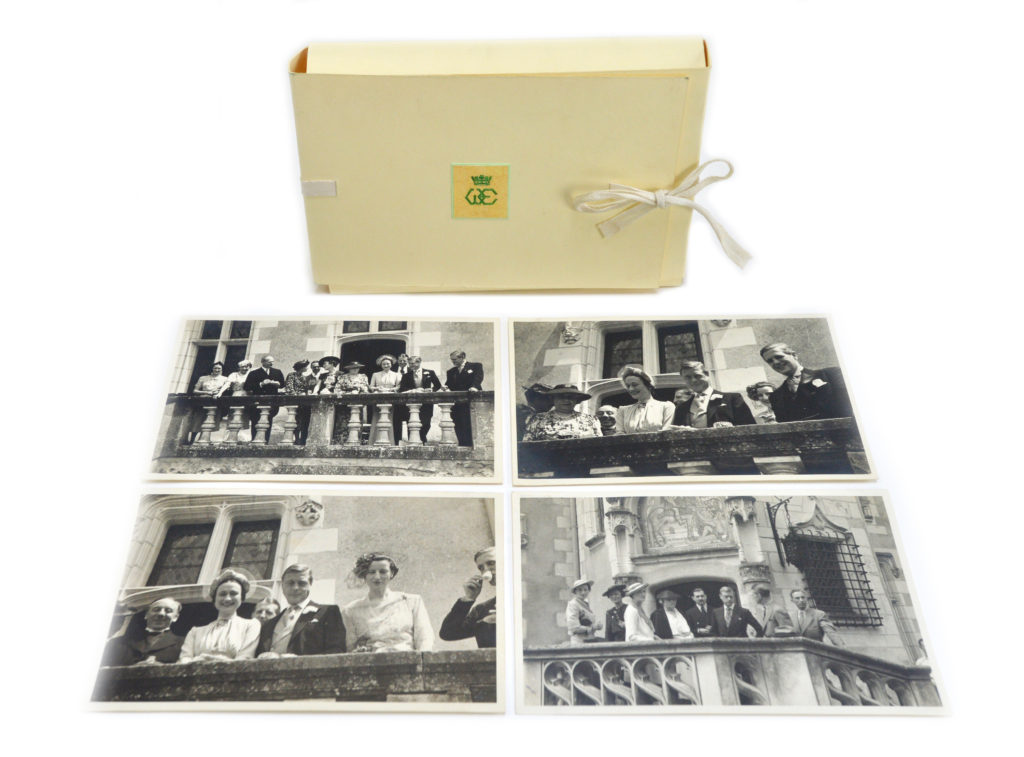 There were two ceremonies – the French civil one (in the library), followed by a ‘marriage service’ of the Church of England; for this, a makeshift altar had been set up in the music room, the unauthorised ceremony being conducted by a Church of England clergyman (Rev. Anderson Jardine). Five reporters were assigned to cover the event, almost outnumbering the guests.

All those present at the wedding were later gifted with the same set of photographs taken by Lady Alexandra Metcalfe. Denise Kelly of Bellmans’ Antiquarian Books and Ephemera department, who received and catalogued the lot, comments, “The photographs under the hammer at Bellmans are of the greatest rarity – not least because of the use of a ‘rogue’ camera at such an event; until quite recently, guests at most social events would have been happy with the pictures provided by an ‘official’ photographer.” She continues, “It is unusual to receive consignments of any such private Royal photographs, but having seventeen of them in one lot, which represent the king who gave away his Empire for the woman he loved, is extraordinary.” 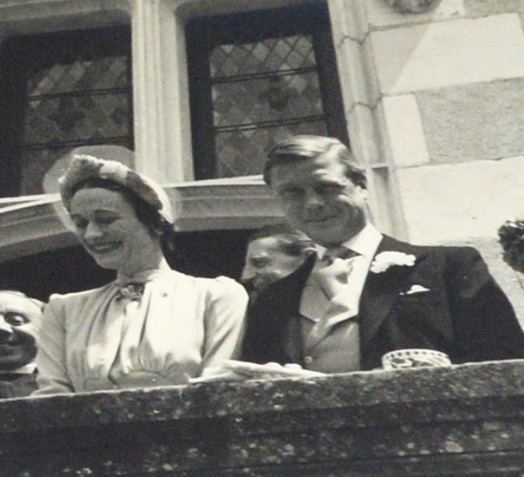 “One wonders at the quiet, remote Chateau Cande and how it must have been a far cry from a packed Westminster Abbey, with members of the royal family, heads of state and dignitaries from around the world in attendance. It is difficult to look at these sometimes sad and lonely images of Edward, knowing that right up until the morning of the wedding, he had hoped that at the very least his brother would attend.

“During our research of the guests in the photographs, and their relationships with Edward and Wallis, we found their past and futures were fascinating stories in their own right. The British Pathe newsreel’s film footage showing Lady Metcalfe actually taking these informal photographs was especially wonderful to find and watch.” She adds, “The image of only a handful of empty chairs in front of the make-shift altar, tells its own story of the day Edward was finally able to marry (as he referred to Wallis in his abdication speech) “the woman I love”.”