An extraordinary collection of sketchbooks featuring hundreds of working drawings by one of Britain’s leading 20th century landscape artists is set to go under the hammer later this month, with collectors from right across the UK and beyond expected to push bidding over £15,000.

The 22 working sketchbooks, which will be auctioned as part of Keys Fine Art Auctioneers’ three day Fine Sale from Tuesday 22nd to Thursday 24th November, were the property of Sir John Alfred Arnesby-Brown, described as ‘one of the leading British landscape artists of the 20th century. Born in Nottingham in 1853, he moved to Haddiscoe in Norfolk at the turn of the century, and lived there until his death in 1955. 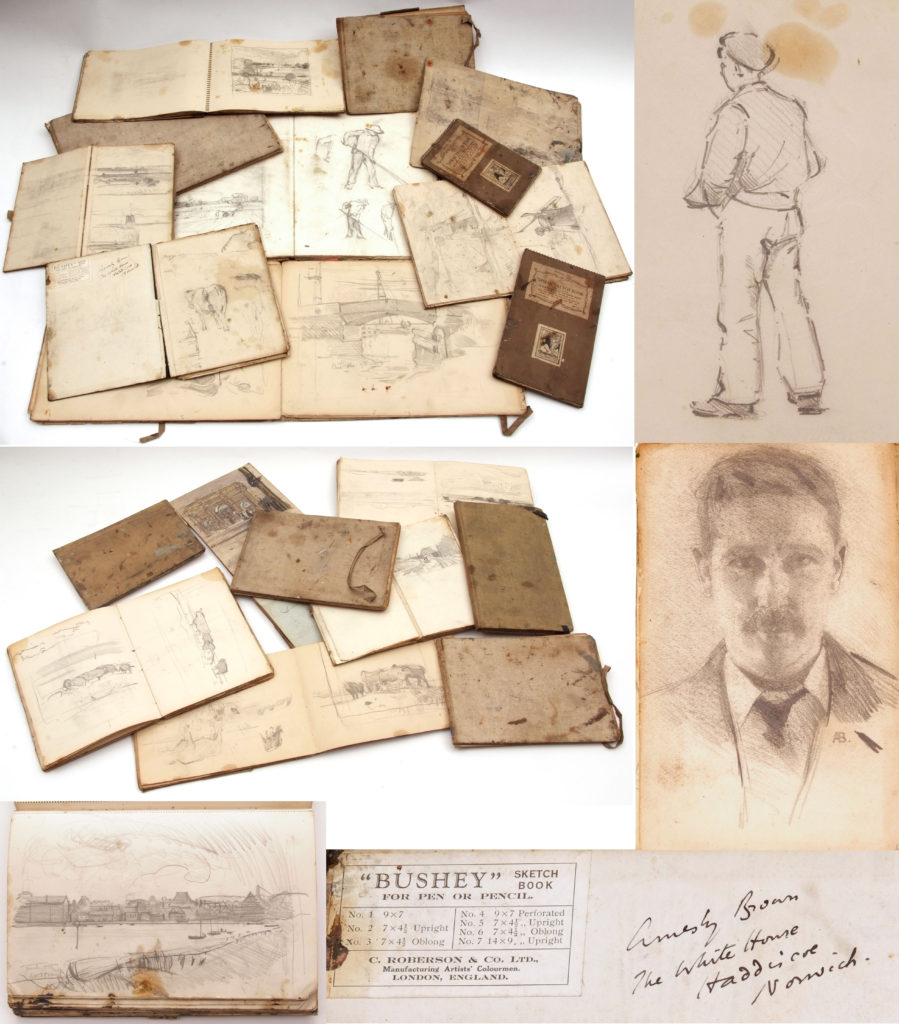 The sketchbooks contain numerous working sketches and drawings for some of his most notable works, including many depicting cattle, a subject he was famous for, as well as recognisable Norfolk and London landscapes. The collection also includes a rare self-portrait of the artist.

“This is a very exciting and rare collection which provides a fascinating insight into the workings of one of our best artists,” said Kevin Lines, general manager and Fine Art manager at Keys Fine Art Auctioneers. “These sketchbooks date from the first two decades of the 20th century, when Arnesby-Brown was at his peak. They contain an amazing number of pencil sketches, drawing, colour annotations and calculations for his major works.

“But what also makes them so interesting is that there is so much of the man himself in these sketchbooks, perhaps even more so than in his paintings. There are even thumbprints where he has leafed through the books with paint-stained fingers.

“I believe that Arnesby-Brown is one of the most under-rated artists of the 20th century – his pencil drawings are on a par with Munnings. These sketchbooks make you realise just how good he was.”

The collection of 22 sketchbooks, which contain around 2,000 sketches and drawings, will go under the hammer as one lot on Thursday 24th November at Keys’ Aylsham, Norfolk salerooms with an estimate of £15,000-£20,000.