While we’re used to seeing the multi-million price tags on modern-day footballers, their historic counterparts commanded less  for their services, as demonstrated by an old balance sheet from Manchester City set to be sold at Hansons. 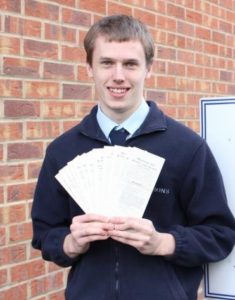 While in summer 2016 the English transfer window saw over £1.1 billion spent in the Premiership alone, in the 1924-25 season Manchester City, then a First Division side sitting in mid-division, spent just £5,492 18s 6d on buying new players.

Charles Hanson, of Hansons Auctioneers, said, “It’s a fantastic collection of Reports and Balance Sheets dating back as early as 1924 and we are looking forward to selling an exciting, rare piece of Manchester City history, a set of reports rarely seen or talked about considering the money that is thrown around football in the 21st century.”

Taken from Manchester City Annual General Meetings, the collection was owned by a former shareholder of Manchester City Football Club in the 1920s and 30s. Noting everything from players wages to gate receipts, liabilities to assets, these reports account for every penny spent and received by the club during the entirety of the football season. The receipts date from 1924 and from the twelve in total in this collection, they date as late as the 1934-35 season.

The collection which was discovered at the back of an Edwardian writing slope in a house in Cannock, Staffordshire, is expected to make up to £300 when it is sold on Monday 28th November in Hansons Football and Sporting sale.